Of course, some of us didn’t need to be told how dangerous and crazy the greedy Wall Street ‘crapitalists’ are (ordinary capitalism is for the little people, don’t you know), as we’ve witnessed from a decade of this well-heeled scourge running rampant. Cheat your customers, bet against your investors, relentlessly cook the books, lie every time you open your mouth, skim accounts, bribe ratings companies — all of it is now accepted practice for the shameless grifters who control our investment banks and large corporations. I have no doubt most of these addled miscreants would throw grandma under a train for a few extra bucks, especially if they stood to inherit a trust fund from grandma’s estate. Here’s the article from AlterNet:

The findings are a reminder of why now — more than ever — we must refuse to succumb to political apathy and laissez-faire demagoguery. 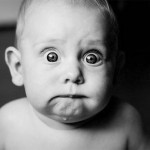 October 6, 2011 — Like most people living through this jarring age of economic turbulence and political dysfunction, you can probably recall a moment in the last few months when you thought to yourself that our lawmakers and corporate leaders are all crazy. And not just run-of-the-mill crazy, a la George Costanza’s parents, but the kind of crazy that makes films like “Silence of the Lambs” and “One Flew Over the Cuckoo’s Nest” so frightening.

The good news for you is that you aren’t insane for thinking this. The bad news for all of us, though, is that according to two new scientific analyses, you are more correct in your assessment than you may know.

The first revelation came from Dr. Nassir Ghaemi of Tufts University. In his recent book, “A First-Rate Madness,” he went beyond merely restating the old adage that anyone crazy enough to run for public office probably shouldn’t occupy that office. Instead, the book sheds light on what Ghaemi calls an “inverse law of sanity,” whereby tumultuous times like these actually reward and promote political figures who are “mentally abnormal (or) even ill.”

Now comes a new study from Switzerland’s University of St. Gallen showing that the most successful of the global financial elite probably pose more of a menace to society than known psychopaths.

As the website Newser reported, the researchers “pitted a group of stockbrokers against a group of actual psychopaths in various computer simulations and intelligence tests and found that the money men were significantly more reckless, competitive, and manipulative.” Even more striking, the researchers note that achieving overall success was less important to the stock speculators than the sadistic drive “to damage their opponents.”

This entry was posted in Bizarre But Real, Conservatives, Corporations, Corruption, Economy, Idiots, Republicans, Wall Street, WTF? and tagged AlterNet.org, Capitalism, Crapitalism, Crazy, Psychotics, Stockbrokers. Bookmark the permalink.
Tip Jar: If you have a few bucks to chip in, it would be greatly appreciated. Thanks!