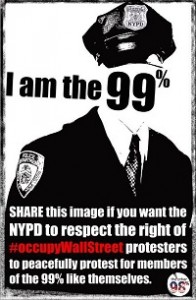 Roger Ailes must be soiling his silk underwear; after weeks of intensive Fox News propaganda depicting the OWS movement as a bunch of dirty hippies and radical commies, 69.15 percent of respondents to this Fox News poll agreed with the OWS protestors vs. only 27.47 who swallowed Ailes’ bucket of swill. Oh, no, the yokels aren’t buying the con game anymore — is it time for Rupert to move to a secret undisclosed location? In related news, NYC Mayor Michael Bloomberg is about to make a tremendous mistake later this morning if he tries to use force to remove OWS protestors from Liberty Plaza (Zuccotti Park), allegedly so that the park can be cleaned up, but really it appears in the vain hope that if the protestors are dispersed, they won’t return.  (Incidentally, the OWS folks have been fastidiously cleaning up the place in anticipation of this showdown.)  Billionaire Bloomberg should read up on what happened in Chicago in 1968 when ‘Hizzoner’ Mayor Richard J. Daley the First cracked down on the protestors — mainstream public opinion began shifting against the Vietnam War and Daley after gruesome images of cops gleefully beating in the heads of college kids, reporters, and doctors trying to treat the bloodied protestors reached the living rooms of America. Bad optics, as they say in the trade. This time is a little different, though; not only is the ‘whole world watching’ but they are joining in — in just a few short weeks, the OWS movement has spread to over 1,000 US cities and every continent in the world but Anarctica. If I were one of the ‘One Percent’ I’d be trembling in fear — the 99 Percent, ‘We the People,’ an army of students, teachers, white-collar and blue-collar workers, veterans, cops, firefighters, retirees, homeowners, conservatives, liberals, and everyone else who has been screwed by the current ‘socialism for the rich’ economy, are coming to take our country back from the greedy ‘Economic Royalists’ who want to make us wage slaves in their decrepit Dark Ages design for the future. 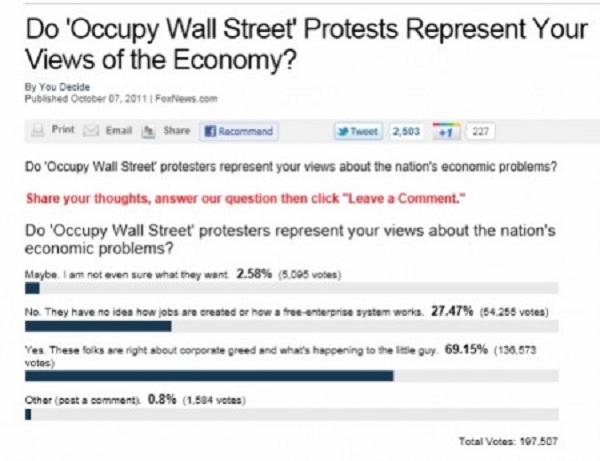 And let’s not forget this: 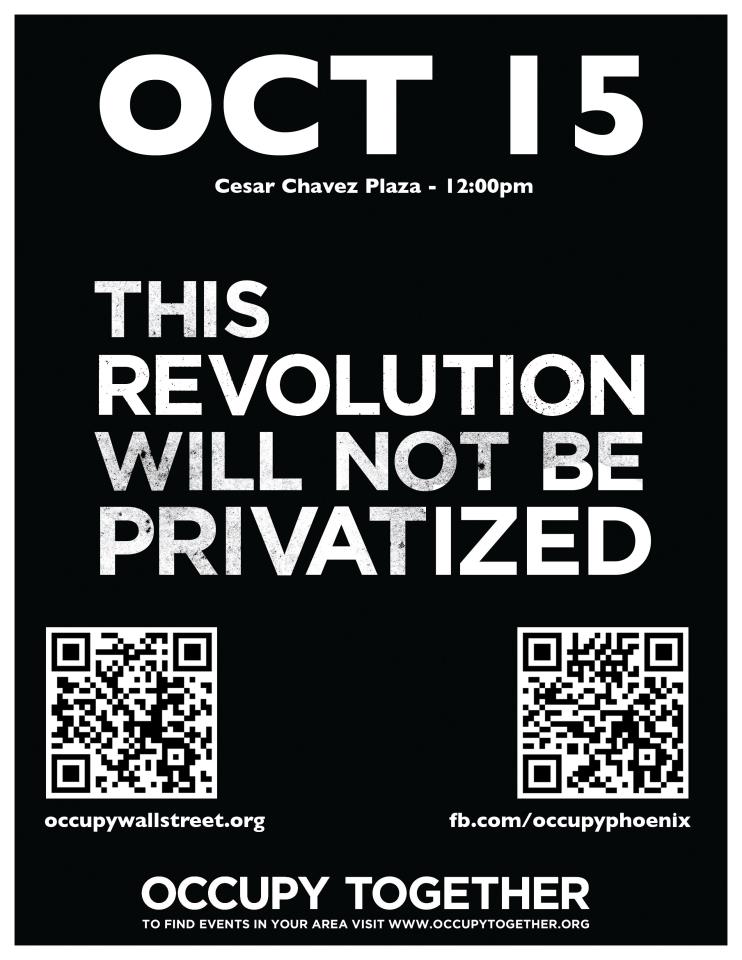