…and for good reason. As the deplorable right-wing thudpucker Erick Erickson recently wrote of Romney, “There is no issue I can find on which Mitt Romney has not taken both sides. He is neither liberal nor conservative. He is simply unprincipled. The man has no core beliefs other than in himself.”

In this narrow case, I agree with Erickson. Mitt Romney is a ‘nowhere man’; a blatant corporate sociopath who doesn’t give a damn what lies he tells as long as he thinks it will do him some good. 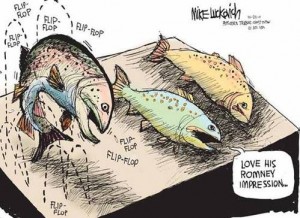 It’s a mystery to me why the Official Punditry of the Plutonomy thinks Mitt Romney would be the ‘most electable’ Republican to run against Obama. Sure, there are some polls that show Romney closer than any of the rest of the Nut Factory to defeating the President, but how does the Mittster get elected without the GOP Base in full support? About three-quarters of his own party can’t stand Romney and many, if you go by the comments on right-wing sites, think he’s just as ‘liberal’ as Obama, so where is their enthusiasm to get out the vote for King Flip-Flop? I know the Pundits, for whatever reasons, are bad at connecting dots, and believe that independent voters just drool over the chance to vote for Coach Wooden (contradicted by several of their own polls), but how does Mr. Exciting get elected, especially in a time of dwindling Republican registration and general lack of voter approval for All Things GOP?

Below is a video from NotMittRomney.com, another in a burgeoning coalition of Anybody But Romney conservative groups. If Mitt clinches the nomination through default, with the majority split between several candidates, we might be facing the first election I can recall where most Republicans have as much distaste for their own party standard-bearer as the opposition does. Already, a few conservatives have resigned themselves to the notion that it would be better spending four more years knocking Obama than having to passionlessly defend a President Romney’s apostasy. 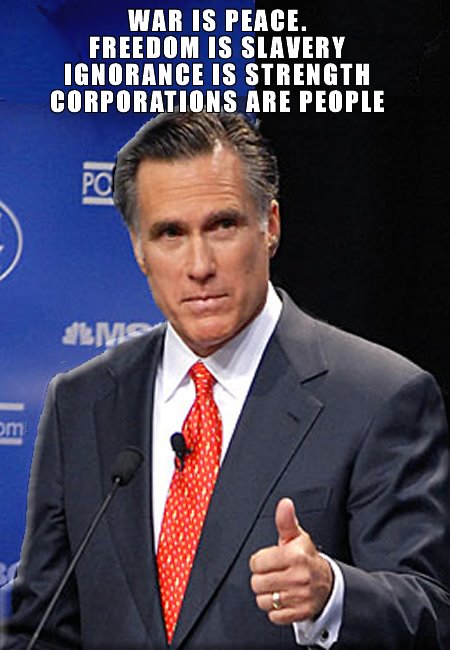 This entry was posted in 1 Percent, 2012 Election, Christopublicans, Conservatives, Corporations, Corruption, Economy, Humor, Media, Obama, Politics, Republicans, Teabaggers, Video, Wall Street, Wingnuts and tagged Erick Erickson, Flip-Flop, Mike Luckovich, Mitt Romney, Romney Hate on the Right. Bookmark the permalink.
Tip Jar: If you have a few bucks to chip in, it would be greatly appreciated. Thanks!