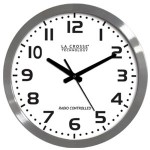 As Libertarian/conservative economics writer Mark Skousen once said, “History repeats itself, but never in the same way.” Yes, the stopped analog clock is right twice a day, as the cliche says, because the digital job just goes completely blank, you know, like Rick Perry. (OK, cheap joke — untimely brain freeze can happen to anyone, especially those over 50.)

At any rate, the 1960s are being repeated on the streets of America, but not in the same way. In the ’60s, the police and military (except for small factions) were largely very conservative and didn’t support the various civil rights, anti-war, anti-draft, and women’s liberation demonstrations. Now, particularly with more minorities and women in the ranks, many of the enlisted ratings are proudly joining the OWS Movement — including some of the hardcases in the Marines — and most police officers have noticed that the politicians the OWS are protesting against are the same ones trying to cut their benefits, pensions and jobs. In the ’60s, the economy was in much better shape and conservatism really is a luxury of good times; now, with Wall Street still running amok and the economy headed for another collapse, plus the staggeringly dumb and pig-headed insistence by the elitist GOP that already-tried tax cuts for the rich and eliminating public employees like cops will fix everything, the lines between who is one of the 99 Percent and who isn’t are clearly drawn. Like the military, most cops realize that the people ordering them into action are the same ones who will drop them like a hot rock if it’s politically or monetarily advantageous. In the military, the bond of consistent loyalty to the brass died in Iraq, and began in Vietnam; in law enforcement, the bond of fealty to the ‘white shirt’ officers and government is slowly dying as well in the wake of the Occupy Movement. Here, in an interview with Justin Warren, an undercover Oakland cop named Fred Shavies, sent in to infiltrate the OWS protests in Oakland, CA, bravely voices his support for the movement. I suspect he is just the tip of a very large and sharp-angled iceberg that is rising to the surface after forming in the Midwest as a reaction to the Republican Party’s tyrannical overreach there. The cops and those in the service are also tired of getting screwed, just like the rest of us.

Who’s Behind the Mayhem at the Occupy Oakland Protests?
Joshua Holland
AlterNet.org
Nov. 11, 2011