Interesting Scientific Predictions, But Take with a Grain of Sodium Chloride 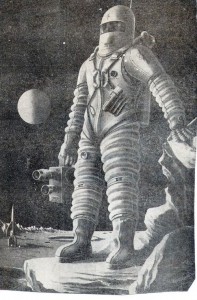 … or a grain of ‘salt’ for us non-scientific types. Below, someone calling himself ‘Mike Adams the Health Ranger’ (alarm bells are ringing), breaks down what he thinks corporatized science has in store for our future. Some make sense, such as organs harvested from pigs and the centralized remote scanning of health data, but a few of the others — well, I think we’re in the process of reclaiming our democracy and forcing out corporate influence, so some of the more draconian possibilities he notes may be truncated or eliminated before inception. Of course, I could be wrong. At any rate, go read the entire article; here, I’ve just run the section headings with a paragraph.

#2) “Behavioral vaccines” that rewire your brain to eliminate dissent
Disobedience is a disease! And the “cure” for disobedience (or Oppositional Defiance Disorder, as they call it) will be a new “vaccine” that biologically rewires your brain to make you more socially acceptable to the controllers.

#3) Centralized, remote monitoring of all your health statistics and vital signs by the police state
Think your medical records are really private? Think again: Even now, the U.S. government maintains a secret centralized bank of blood taken from children at birth. In the near future, citizens will be implanted with biometric monitoring chips that relay information back to the government about your pulse, respiration, and the presence of either illegal drugs or legalized pharmaceuticals (which are often the very same chemicals as illegal drugs, just re-branded as a medication).

#4) The total secrecy of all food ingredients, sources and places of origin
As the food industry is increasingly invaded by junk science (GMOs, anyone?), efforts will increase to hide all the chemical ingredients in food products and rename dangerous-sounding chemicals into nice-sounding chemicals.

#5) The complete criminalization of home-produced foods and medicines, forcing total reliance on factory food production
Speaking of food, corrupt “scientists” will soon insist that growing your own food is extremely dangerous because you might grow e.coli in your garden! With such absurd justifications, home gardening will be completely outlawed in many towns, and those who try to secretly grow tomatoes will be arrested and imprisoned as if they were heroin smugglers.

#6) The unleashing of a global bioweapon pandemic through seasonal flu shots
Whereas vaccines were once intended to prevent disease, they are now being increasingly weaponized and engineered to spread disease, which is why most of the people who get the flu each winter are the very same people who routinely take flu shots.

#7) Total government control over your reproduction and the genetic code of your “offspring”
Copulating with the person of your choice and producing your own “random” offspring will no longer be allowed under the scientific police state. Reproduction must be carefully controlled through licensing and regulation to make sure that no unexpected results occur.

#8) Wireless brain implants that can be remotely activated by law enforcement to make entire crowds of people passive
The future of “science” involves all sorts of electronics implanted into the human body. One of the most convenient ones will be the “pacification chip” that will be forced upon citizens along with “money chips” that they use to pay for everything (cash will be outlawed, and using cash will be seen as a terrorist activity).

#9) The genetic engineering and breeding of obedient super soldiers
In the far future, battlefield soldiers will actually be humanoid-shaped robots equipped with firearms and body armor. Think “Terminator” model T-1000. That’s still a ways off, of course, given the incredible complexity of mobile power, robotic actuation technologies, vision recognition systems and artificial intelligence.

#10) The electromagnetic activation of metals and nano-crystals injected into you through vaccines
Here’s a new one most people haven’t thought about: In addition to vaccines being used to spread infectious disease, they can also be used to inject humans with nano-crystals that are sized and tuned to resonate at certain frequencies, much like a radio crystal tunes in to a specific radio band.

This entry was posted in Corporations, Corruption, Global Politics, Idiots, New Ideas, Politics, WTF? and tagged Mike Adams, Natural News, Scientific Predicitons. Bookmark the permalink.
Tip Jar: If you have a few bucks to chip in, it would be greatly appreciated. Thanks!