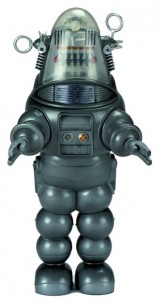 “So we went to Atari and said, ‘We’ve got this amazing thing, even built with some of your parts and what do you think about funding us? Or we’ll give it to you. We just want to do it. Pay our salary, we’ll come work for you.’ They said ‘No’. Then we went to Hewlett-Packard; they said, ‘We don’t need you. You haven’t got through college yet’.”
— Steve Jobs on attempts to get Atari and H-P interested in his and Steve Wozniak’s personal computer. Jobs and Wozniak went on to found Apple Computers, of course.

“Computers in the future will weigh no more than 1.5 tons.”
— Popular Mechanics, predicting the future in 1949.

“I think there’s a world market for maybe five computers.”
— Thomas Watson, chairman of IBM in 1943.

“I have travelled the length and breadth of this country and talked with the best people, and I can assure you that data processing is a fad that won’t last out the year.”
— The business book editor at Prentice-Hall publishers in 1957.

“But what is it good for?”
— Engineer at IBM’s Advanced Computing Systems Division, commenting on the microchip in 1968.

“Why do you want to waste your time with computers?”
— Attributed to a Harvard professor of a young Bill Gates. Gates quit college in 1975 without graduating and went on to start Microsoft.

This entry was posted in Bizarre But Real, Humor, Quotes and tagged Apple, Atari, Bill Gates, Computers, Errors, H-P, IBM, Microsoft, Steve Jobs, Steve Wozniak. Bookmark the permalink.
Tip Jar: If you have a few bucks to chip in, it would be greatly appreciated. Thanks!