What About Romney’s Jobs Plan? 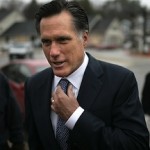 Oh, and what about Romney’s vaunted 160-page, 59-point plan to create jobs? To boil it down, it would cut taxes for the rich (like the Romney family, for example) and soak the poor, adding as much as $1,000 to the tax burden of those earning $10,000 to $20,000 per year, and $800 to those in the $40K to $50K bracket, and not guarantee a single job. It would also raise the deficit. As when the Mittster was at Bain Capital, his plan would make money for him and his millionaire friends and screw everyone else. The Boston Globe does the rundown here:

Taxes would fall for the country’s wealthiest and rise for some of the poorest under the tax plan proposed by former Massachusetts governor Mitt Romney, according to an analysis released yesterday by the nonpartisan Tax Policy Center.

The reduced government revenue could widen the country’s budget deficit by at least $180 billion, according to the analysis of Romney’s 59-point, 160-page economic plan. […]

Under a Romney presidency, most of the current tax system would remain intact, although he would permanently do away with the estate tax and lower the corporate rate from 35 percent to 25 percent.

He would also make permanent the George W. Bush-era tax cuts that are scheduled to expire at the end of the year.

While millions of households would see tax cuts, thousands of poor Americans would see their tax bills rise, by an average of $1,000, because of changes to child and earned income credits.

Those making more than $1 million a year would get a tax cut of about $150,000 — amounting to about half of the total tax cuts he proposes, according to Howard Gleckman, a fellow at the Urban Institute and editor of the Tax Policy Center’s budget policy blog, “TaxVox.’’