Aside from his pathological lying and hallucinatory approach to history, of course.

1.  With his attacks on Romney, Newt has turned the Republican debates into a ‘who’s the bigger asshole’ forum. (Stop fighting guys; you’re both right!) It seems President Obama goes up in the polls after every GOP debate and Newt clearly exposes what greedy, nasty hypocritical bastards the Republicans really are. Please keep it up, Newt! 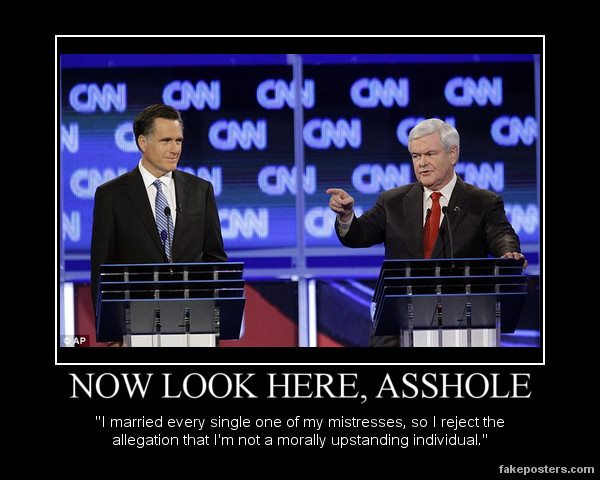 2.  Eventually Republican voters will catch up to how much of a fraud Newt really is — hopefully after he has secured the GOP nomination. 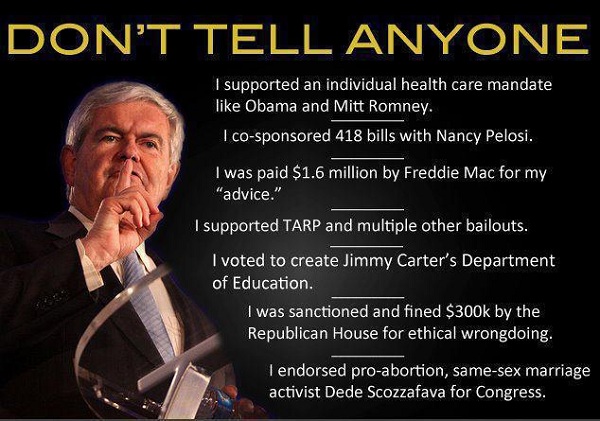 3.  This item is just ugly and lame, using members of his family to attack his ex-wife. Who does something like this, other than Newt?

4.  Then there’s Newtie’s massive, overblown, my-farts-are-rare-perfume ego that will ultimately undo him.  Have no doubt that if he could have, Newt would have disposed of his ex-wives the way King Henry VIII did. 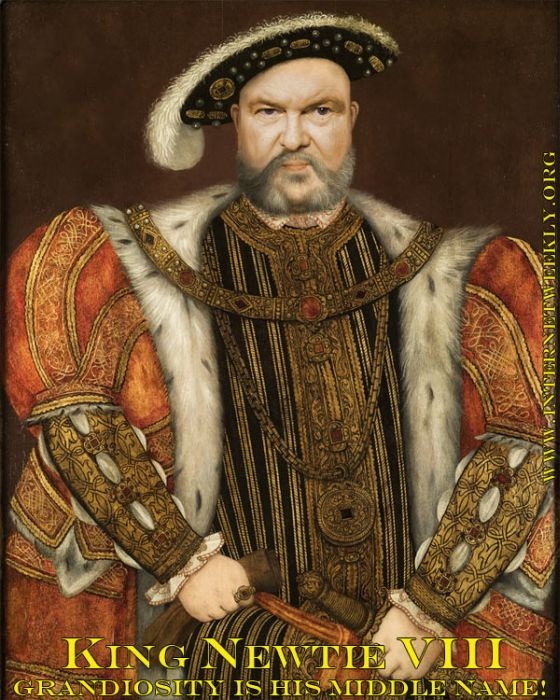 This entry was posted in 1 Percent, 2012 Election, Christopublicans, Conservatives, Corruption, Humor, Idiots, Obama, Politics, Republicans, Wingnuts and tagged Bullshit, Fraud, Hypocritical Bastards, Newt Ginrich, Republican Crap. Bookmark the permalink.
Tip Jar: If you have a few bucks to chip in, it would be greatly appreciated. Thanks!