Anyone with a realistic eye has observed the Republican Party’s devolution over the past 40 years from a serious political organization to a risible collection of deluded theocrats and dimwitted bigots led by sharp-eyed bunco artists exploiting the first two groups to expand the power and enhance the wealth of the third.  In fact, the GOP has now taken on all of the ugly tyrannical features of the USSR under Stalin, replacing iron-fisted Communism with a jumbled and jingoistic version of authoritarian Christianity. This ‘Republican Trilemma’ can best be expressed by the chart below, based on the Žižek Trilemma: 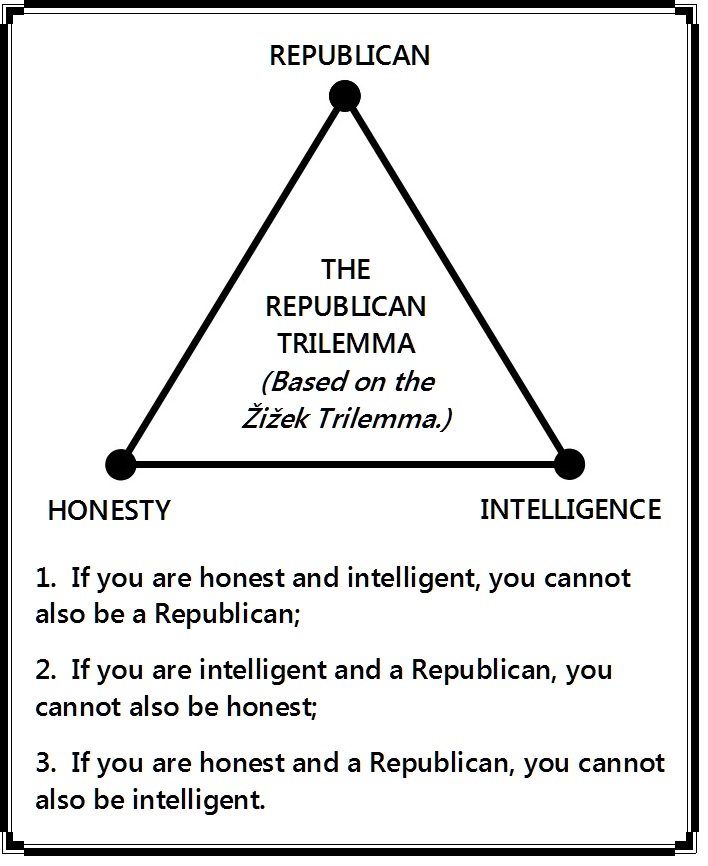 As we can see from the chart, it is impossible to combine honesty, support of the Republican Party agenda, and intelligence in one person. As the Wikipedia entry for the Žižek Trilemma notes: “Of the three features—personal honesty, sincere support of the regime and intelligence—it was possible to combine only two, never all three. If one was honest and supportive, one was not very bright; if one was bright and supportive, one was not honest; if one was honest and bright, one was not supportive.”