Poorly Informed and Stupid is No Way to Go Through Life 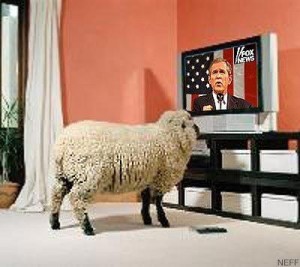 For anyone who has tried to talk sense with a Teabagger or Christopublican, this should come as no surprise:

For a more scholarly explanation:

Gordon Hodson and
Michael A. Busseri

Abstract
Despite their important implications for interpersonal behaviors and relations, cognitive abilities have been largely ignored as explanations of prejudice. We proposed and tested mediation models in which lower cognitive ability predicts greater prejudice, an effect mediated through the endorsement of right-wing ideologies (social conservatism, right-wing authoritarianism) and low levels of contact with out-groups. In an analysis of two large-scale, nationally representative United Kingdom data sets (N = 15,874), we found that lower general intelligence (g) in childhood predicts greater racism in adulthood, and this effect was largely mediated via conservative ideology. A secondary analysis of a U.S. data set confirmed a predictive effect of poor abstract-reasoning skills on antihomosexual prejudice, a relation partially mediated by both authoritarianism and low levels of intergroup contact. All analyses controlled for education and socioeconomic status. Our results suggest that cognitive abilities play a critical, albeit underappreciated, role in prejudice. Consequently, we recommend a heightened focus on cognitive ability in research on prejudice and a better integration of cognitive ability into prejudice models.

This entry was posted in 2012 Election, Christopublicans, Conservatives, Idiots, Media, Politics, Religion, Republicans, Teabaggers, Uncategorized, Wingnuts and tagged Fox News, George Monbiot, Gordon Hodson, Ignorance, Low Information Voter, Racism, Stupidity, The Guardian (UK). Bookmark the permalink.
Tip Jar: If you have a few bucks to chip in, it would be greatly appreciated. Thanks!