Tracy Knauss is a progressive satirist who has done great art collages like those shown below: 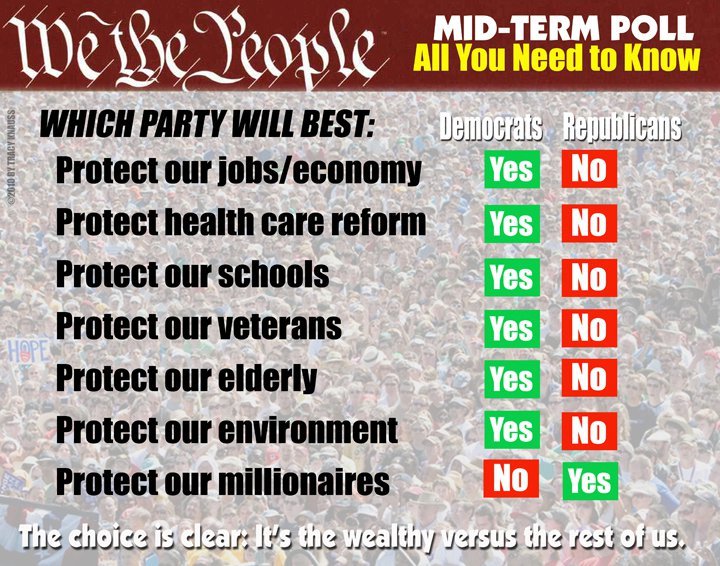 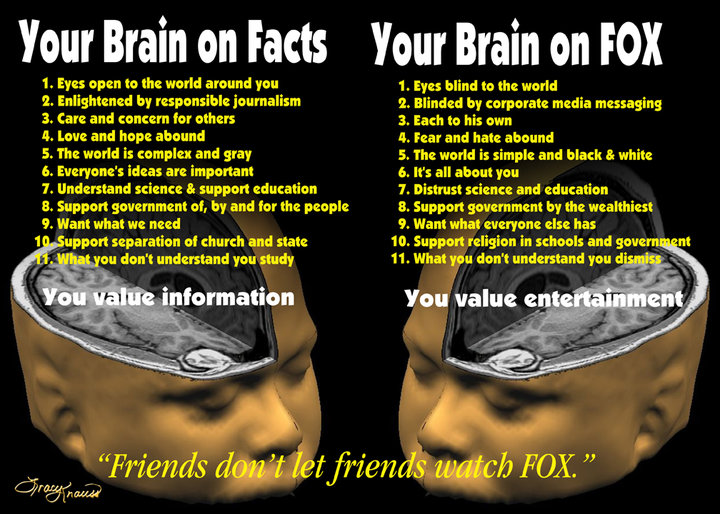 Even that last one on Fox News likely didn’t prepare Tracy for the tragedy that struck his family; his mother, an ardent Fox News viewer, refused medical treatment that led to her death; she refused it due to false information spread by Fox News. Read on: 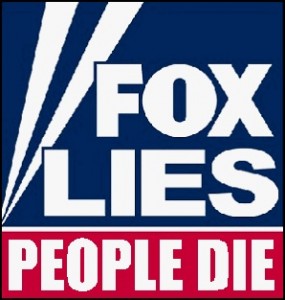 This is not my normal political satire. This is the truth. For real. FOX NEWS KILLED MY MOTHER — For about 20% of Americans, many of them older and/or uneducated, Fox News is the main source of information. But rest assured Fox is not about news any more than it’s fair and balanced. FOX is the main propaganda arm for the Republican Party and America’s plutocrats. It is THE worst of the corporate owned media. FOX’s founder, Roger Ailes, was the top media consultant to the last four Republican presidents. No way was he going to create a fair or balanced news media. FOX News is killing America one lie at a time, one life at a time. I know this personally. FOX News killed my precious mother, Hallie. She watched FOX religiously. And when she fell ten days before she died, she refused to go to the doctor because, “I don’t want Obamacare to get all of my information!” she declared, recalling the warnings from FOX News “anchors.” She was emphatic. She was not going to consort with the Muslim enemy. As she made out her will she told her lawyer, “I don’t want any of my money going to the Muslim Brotherhood!” And her last protestation dealt with “Obama’s death panels.” Mother died just days later. I hold FOX News responsible for my mother’s death.
— Tracy Knauss, as quoted at Silenced Majority.

Here is the graphic Tracy posted with the entry above: 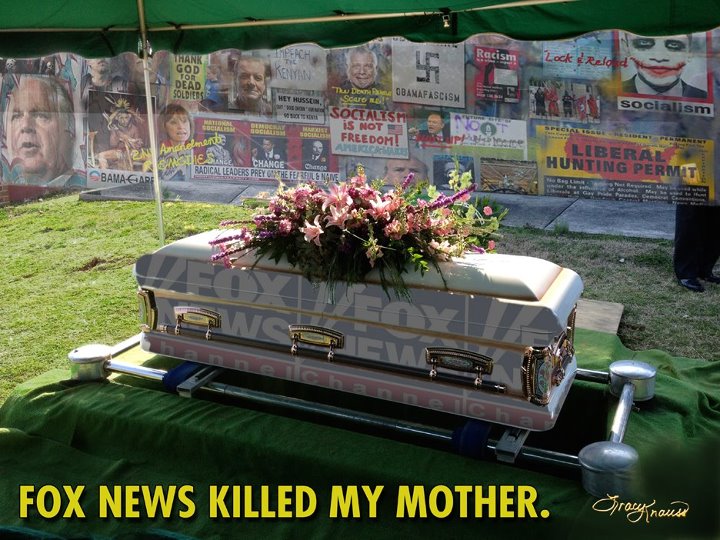 Thomas Jefferson commented with great hope that he was confident in the capacity of Americans to make wise decisions, depending upon the quality and veracity of information provided in the public square. Unfortunately his worst fears have been realized. He did not anticipate private subscription cable news service whereby a person can feed their limited world vision with hate and fear, instead of hope and goodness. It’s no wonder Canada doesn’t let Fox News establish their tentacles there. Yes, it was my mother’s decision to watch Fox News, but in her generation the Fairness Doctrine itself indoctrinated Americans to believe anything said on the “news” channels. Somewhere along the way the Fairness Doctrine was eclipsed by the greedy pursuit of money and ideology. A station like Fox should never have been issued a broadcast permit. Its obscenity is found in its banal distribution of faux news, lies, and innuendo, in its deathly doses of vitriol, which, if taken daily, leads to death of one’s brain, one’s soul and one’s nation. It’s time for the survivors to fight back against this Fox News death machine.
— Tracy Knauss, as quoted at The Drudge Report.

I think Tracy should sue Fox; he might not win, but I think it would at least scare them. I’d also reinstate the Fairness Doctrine but, short of that, why not just make Fox drop the ‘News’ part of their name and require them to run a disclaimer along the bottom of the screen to the effect: “The informational content of this network may or may not be based on fact. Believe any of what we say or show at your own risk.” Oh, and make them all wear clown suits while on the air.

This entry was posted in Bizarre But Real, Cartoon, Conservatives, Corporations, Corruption, Health Care, Idiots, Media, Republicans, Teabaggers, Wingnuts, WTF? and tagged Fox Killed Mother, Fox News, Obamacare, Tracy Knauss. Bookmark the permalink.
Tip Jar: If you have a few bucks to chip in, it would be greatly appreciated. Thanks!