What If Trayvon Martin Had Been White?

As a ‘thought experiment,’ let’s pretend for a moment that Trayvon Martin was a 150-lbs white kid with Skittles and a can of iced tea shot dead by 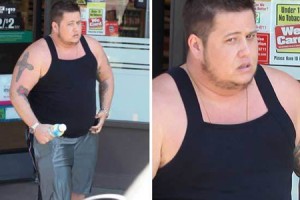 George Zimmerman, a beefy 250-lbs. full-grown man with a 9mm pistol. In that case, since George Zimmerman’s mother is Hispanic, I can imagine the right-wingers going after him full bore: Conservative sites would be running the photo to the left and asking if anyone believed a skinny teen could take down this bruiser **; Bill O’Reilly would demand that Zimmerman prove he was in this country legally; Rush Limbaugh would snicker that Martin’s shooting was proof that Latinos shouldn’t be allowed to have dangerous weapons; Michelle Malkin would doubt Zimmerman’s story of being assaulted by Trayvon, “Does anyone seriously believe this skinny 17-year-old boy could knock down a 250-lbs. man? I mean really!”; Sean Hannity would be outraged that this ‘Mexican’ isn’t in jail for shooting a white teenager and hint that Zimmerman was in league with La Raza; Free Republic and the other right-wing sites would be exploding with angry vitriol against Zimmerman; Drudge would be relentlessly running headlines such as, “Crazed Hispanic Killer Still Free”; the GOP presidential candidates would be expressing their sympathy for Martin’s parents, noting their boy was gunned down by a vicious Latino thug who misused the ‘Stand Your Ground” law for his own racial revenge; every nook and cranny of Zimmerman’s life would be thoroughly examined for racism against whites, especially since on the 911 tape Zimmerman was heard saying under his breath “fucking honkies,” and Zimmerman’s arrest in 2005 for battery against a white police officer and violently resisting arrest, even though the charges were later dropped, would be the final proof of what a flaky, hateful, racist nutjob this killer was, and Fox News would be continuously demanding his execution for murder. Every Repubican in Congress would be screaming for justice for Trayvon, and the GOP-dominated House would pass a bill calling on the U.S. Attorney General to arrest Zimmerman immediately for a hate crime. That’s what would have happened, in my opinion, if Trayvon Martin had happened to be born white.

** Actually these photos are of Chas (formerly Chastity) Bono.

And there’s this excerpt, from a black man who, like all black males in America, has had to endure this ‘white fear’ crap since he was a teenager, if not earlier:

During the last week or so, I have spent a good amount of time listening to white folks talk about the shooting of Trayvon Martin. I have talked to friends, been invisible as I sat next to white people at bars and cafes, and eavesdropped on conversations while riding on the bus. I have watched Fox News and lurked on right-wing Web sites to get a fair sense of “real America’s” collective pulse on this issue. I truly care about white people. I am their best friend because I always tell them the truth.

After doing all of this research, I have come to a conclusion that may be a bit upsetting to some of you: Black people are scary. In fact, I have come to realize that as a black man, I am a member of a group that scares white people more than any other in America.

I think we should own this fact. Could it be that the disproportionate coverage we are blessed with by the news media has convinced white America that we are a threat to them? Always suspicious, dangerous and suspect? Is this fear a result of a deeply held, almost primordial belief that still lurks in the collective subconscious and racial id of whiteness: that black men are naturally more vibrant, masculine, dynamic, virile, and athletic than white men?
— Chauncey DeVega, “Face It: Trayvon Martin is Dead Because Many White People Are Afraid of Black People,” AlterNet, March 27, 2012.

In the video below, Stephen Colbert neatly slices and dices the right-wing hogwash being spread on the Trayvon Martin murder.