Video: Crazy Allen West Weasels on His ‘Members of the Communist Party’ in Congress Remark 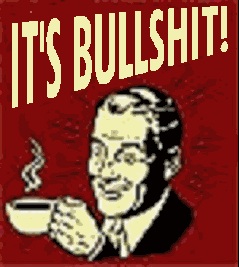 I used to think crapshit crazy Rep. Allen West (R-Ozone) was a sincere Teabagger when he made his laughably dumb accusations against political opponents. The former US Army Lt. Colonel, who was relieved of his command, fined $5,000, and retired from the service for staging a mock execution in Iraq, blatantly violating the Uniform Code of Military Justice, obviously had a record of profound nutballery which fit right in with the screwy Tea Party ethos. But now I think he’s a just a sly sociopath, and he’s using his national media play to advance his ego and ambition. This latest nonsense of calling members of the Democratic Progressive Caucus Communists was, I think, calculated — I wouldn’t be surprised if he planted the question. I think that because he fired off a fundraising letter immediately after making the ‘Commie’ remark, hilariously attacking the ‘liberal’ media that allows him airtime for his creepy crapola. The reality is that West is going to have a hard time getting re-elected from Florida’s 22nd Congressional District — he hasn’t done a whole lot for the people there, being too busy promoting himself as a national figure by making outrageous remarks to do his job, and the low-cash national GOP is loath to throw much money into his race — he’s too far gone even for them. That means West needs piles of money to have a chance at re-election. Expect more of these kinds of attention-getting smears in the future, and expect him to lose the election in 2012 unless a Big Money contributor comes forth to underwrite his bid with negative ‘Citizens United’ ads against his opponent.

“I believe there’s about 78 to 81 members of the Democratic Party that are members of the Communist Party.”
— Rep. Allen West on April 10, 2012, as quoted by Think Progress.

“There is a very thin line between communism, progressivism, Marxism, Socialism… It’s about nationalizing production, it’s about creating and expanding the welfare state, it’s about this idea of social and economic justice… it is also about the creation of a secular state.”
— Rep. Allen West, weaseling on his “there are 78 to 81 … members of the Communist Party’ in Congress remark, as quoted by Eric W. Dolan in “Rep. Allen West: Thin line between communism and progressivism,” The Raw Story, April 17, 2012.

[Note: Someone should tell West we ARE a secular state and were founded as one. It’s in the Constitution that West doesn’t have time to read, likely because he’s too busy promoting himself and ignoring his duties as a congressman]

The original accusation by West on video:

The historically inaccurate (of course) weasel tries to ‘walk it back’ without apologizing:

[Note: Among other many other contradictions in this truckload of fringe-right malarkey, apparently West has never heard of the anti-Communist Palmer Raids that started under the presidency of Woodrow Wilson. Remember, kids, never get your history from a sociopathic right-winger.]