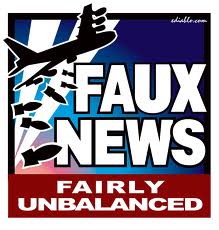 This is how pathetic and desperate the right-wing has become — they’re recycling old smears from the ‘40s and ‘50s. First there was the reality-challenged Rep Allen West calling between “78 and 81” members of the Democratic Progressive Caucus in the House members of the Communist Party, a crackpot statement he defended later by saying he thinks progressives are Commies, and now Billo the Pun emits this pile of Fox scat casually attacking Clinton’s former Secretary of Labor as a Marxist. As usual with O’Reilly’s half-wit smears, he has no evidence to back up his batty accusation and you can bet Mr. Chicken won’t invite Reich on “The Factor” to respond.

“Robert Reich is a communist who secretly adores Karl Marx.”
— Bill O’Reilly, from “The O’Reilly Factor,” April 20, 2012, as quoted by Media Matters.