Today’s Quotes: Powering Down the Right-Wing 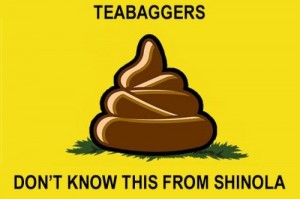 “…Where you have a concentration of power in a few hands, all too frequently men with the mentality of gangsters get control. History has proven that.’
— Lord Acton

“We are at that point where one side or the other has to win this argument. One side or the other will dominate.”
— Richard Mourdock, who beat Sen. Richard Lugar in the Indiana GOP primary, on his idea of ‘bipartisanship’ and ‘compromise.’ [Let’s work to make sure the side that doesn’t want to give away the country to Wall Street wins.]

“We’ve arrived at a point where the president of the United States is going to lead a war on traditional marriage. … Obama [is] trying to turn traditional institutions on their head. And people like me who are minding their own business all of a sudden have to stand up and defend these traditions and institutions from … the president who’s waging a war on traditional America.”
— Rush Limbaugh on May 9, 2012, as quoted by Media Matters. [Obama is waging a war on ignorance, inequality and stupidity; naturally the radio high priest who makes millions from all three would object.]

”We used to hustle over the border for health care we received in Canada. And I think now, isn’t that ironic?”
— Sarah Palin in March 2010, hypocritically admitting that her family once received treatment in Canada’s single-payer health care system, despite demonizing such government-run programs as socialized medicine that will result in ‘death-panel’ rationing of health care. [D’oh — ironic!]

“Make no mistake. You can have your Bachmanns and your Cains. You can have your Coulters and your Malkins and — what the hell — your Breitbarts. … You can even have your Santorums and your Ron Pauls. But that zombie-eyed granny-starver Paul Ryan is the wonk every wingnut woman wants and every wingnut man wants to be. He thinks Serious Thoughts about The Big Issues Facing The Nation, and they truly dig him the most. If Ayn Rand, that randy old crackpot, were still alive, she’d whack him over the head, stuff him in a sack, and drag him off to her apartment, where they would make hot Objectivist monkey-love until the rafters knocked and the angels wept.
“Paul Ryan is also a remarkably accomplished bullshit artist.”
— Charles P. Pierce, “Paul Ryan, CPAC’s Public Intellectual,” Esquire, Feb. 11, 2012. [Eddie Munster needs to be de-elected this November. I hope the Dems run a strong candidate against him.]