Why Does Mitt Romney’s Experience at Bain Capital Matter?

Well, I’d say it matters because Romney’s using his ‘business experience’ as his sole qualification for the presidency.  I wish some real reporter interviewing Romney (Mark Halperin of Time doesn’t count since he has in the past drooled over Karl Rove’s ‘genius’ and was suspended for calling President Obama a ‘dick’ on MSNBC), would ask Romney why he never talks about his only experience in government, his one-term stint as governor of Massachusetts from 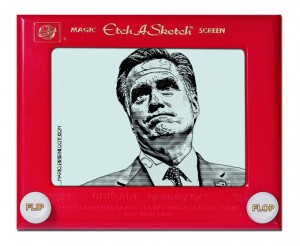 2003 to 2007.  True, Romney’s record there wasn’t entirely sterling — aside from being too ‘liberal’ for the current crackpot-right GOP base (he inspired the Republican-despised Obamacare with his own similar state-mandated Romneycare), and leaving the job with his state falling to 47th in job growth — wouldn’t this be the kind of actual experience in governing that voters should know about?  Romney is apparently counting on the electorate having short memories; after all, look at the unmitigated disaster our last CEO President was — you know, the one who endorsed Mitt recently as the elevator doors closed on him, a neat visual metaphor of the way most of the public still feels about ‘Obama’s predecessor.’

Mitt Romney Was Not a Job Creator

As we discussed yesterday, Mitt Romney’s tenure at Bain Capital is once again back in the news — big time. As President Obama said, this is not a distraction, it’s central to the main question of this campaign: do we create an economy that works for everyone, not just the wealthy few, or, do we double down on an economy where the game is rigged for the rich at the expense of the middle class?

It’s also not a distraction because Mitt Romney himself has made his business experience the centerpiece of his campaign, saying just today that “of course” he welcomes a discussion of his record at Bain Capital.

Here’s the rundown on Mitt Romney’s time at Bain Capital — and why it still matters today.

While running Bain Capital, whose investments he still profits from to this day, Mitt Romney amassed a quarter-billion dollar fortune by bankrupting companies. laying off thousands of American workers, closing factories and sending jobs overseas. As experts on the private equity industry and even his own former Bain colleagues openly admit, Romney’s job was not to create jobs, it was to create wealth for himself and other investors.

Romney and his campaign have made a wide variety of claims regarding how many jobs he created while at Bain: thousands, tens of thousands, 100,000, and even “well in excess of 100,000.” Neither Romney nor Bain has offered any proof to substantiate any of these claims and multiple independent fact checkers have concluded that Romney’s claims on job creation at Bain are simply false.

The most important job for our next president is to create jobs and get the economy moving faster. When asked today to predict the unemployment rate under a Romney presidency, he predicted that it would be 6 percent at the end of his first term in 2016 — which is exactly where economists predict it will be anyway.

One of the reasons Romney has been able to amass such an immense fortune is because he’s been able to take advantage of a tax code that is rigged to favor the wealthy few. He pays a lower tax rate than millions of middle class workers because of a variety of loopholes and giveaways, including one major loophole available only to private equity and hedge fund managers like himself and his partners at Bain Capital.

Instead of asking millionaires like himself to start paying their fair share so we can invest in the middle class — America’s true job creators, Romney wants even more giveaways to the wealthy. His tax plan would explode the deficit by $10 TRILLION, cut his own taxes in half, and raise taxes on middle class families with children and the poorest Americans.

Romney himself and Bain have also both availed themselves of offshore tax havens and now Romney opposes the president’s plan to crack down on corporations who use offshore tax havens to avoid paying their fair share in taxes — or any taxes at all in some cases.

While at Bain Capital, Romney left thousands of workers without jobs, health insurance, or the pensions they’d been promised.

In order to partially offset the cost of his giveaways to the very wealthy, Romney slashes Social Security, Medicare, Medicaid, and vital programs that benefit the middle class every day and are the key to economic growth. Earlier this year, Romney famously said that he’s “not concerned about the very poor,” which is reflected in his support for a budget that would throw 13 million people off food stamps and 1 million off Pell grants.

Under Romney’s leadership, both Bain Capital and his administration in Massachusetts sent jobs overseas. Now, Romney has signed a pledge to protect all tax giveaways, including those that reward companies who ship jobs overseas.

President Obama, by contrast, has put ending those tax giveaways in order to pay for rewarding companies who bring jobs back to the U.S. on the to-do list he recently submitted to Congress.

IN ONE SENTENCE: Mitt Romney’s past at Bain Capital was the prologue to a presidential campaign based on policies that will benefit the very wealthiest Americans at the expense of the middle class.