The man who thought nothing of sending in the police to crack some OWS heads last year is apparently trying to set up some kind of Health Food Store By The Hudson in New York City, at least for aging yuppies. He’s banned trans-fat in restaurant food, smoking indoors and outdoors, and now this cockamamie attempt to ban any soft drink that comes in a container larger than 16 ounces. (Does he now plan to establish a NY Soda Police Unit?) Has it escaped Bloomberg’s notice that, while he’s wasting time and money on these peculiar vanity projects, NYC still has a pockets of desperate poverty; that the schools need fixing; that the streets need cleaning; that crime still exists? New Yorkers can only hope that this dimbulb billionaire doesn’t try to buy himself a fourth term as mayor — maybe they can then elect someone who will actually do something useful instead of frittering away time on feel-good publicity stunts. 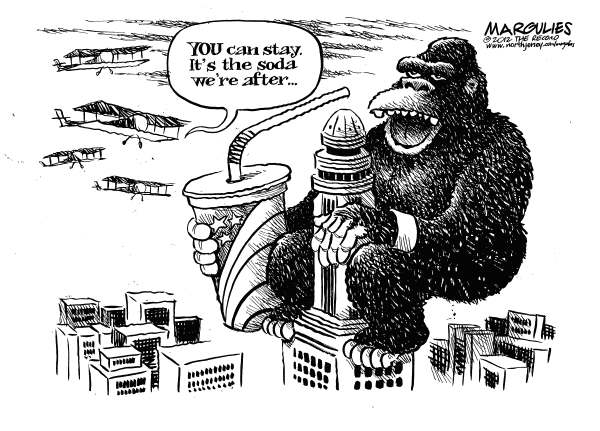 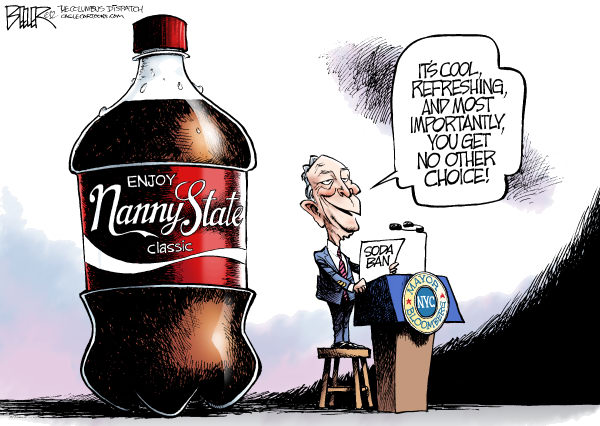 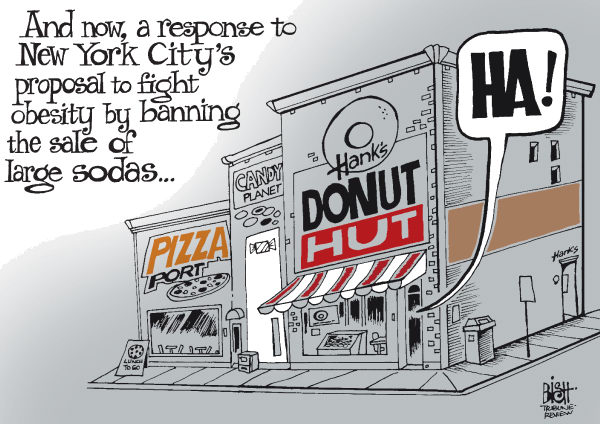 This entry was posted in 1 Percent, Bizarre But Real, Cartoon, Conservatives, Humor, Idiots, OWS Movement, Republicans, Wingnuts, WTF? and tagged Michael Bloomberg, New York City, Soda Ban. Bookmark the permalink.
Tip Jar: If you have a few bucks to chip in, it would be greatly appreciated. Thanks!