Anatomy of a Smear: How Fox News Created a Fake News Story 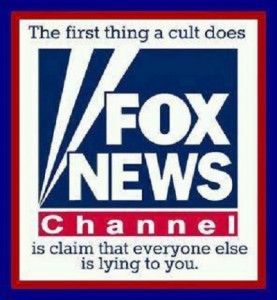 Read the links below to get the full story. How can Fox, with any shred of seriousness, still refer to itself as a news organization after this low propaganda stunt.

How The ‘You Didn’t Build That’ Canard Went From Right-Wing Blogs To Mitt Romney’s Mouth
— David Taintor, TPM, July 18, 2012