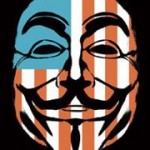 And the big banks respond by threatening to raise the fees of their remaining poor saps — uh, customers, to make up for the loss.

This is a major success for Bank Transfer Day and the Move Your Money Project, far exceeding even their rosiest projections. ‘V’ for Victory!

As “Move Your Money” caught on like wildfire, even the mainstream media got in on the story. ABC News called it a “Lightning bolt warning” to the “Goliath banks”, and reports that 1 million customers have actually moved their money.

Credit unions saw $4.5 billion in new deposits in October according to the report, and a Seattle business owner reports that he’s taking four of his businesses and $3 million in business away from Chase and Bank of America.

And of course, ABC notes, the banks say that they’re going to have to recoup the losses from the customers who have left–with more fees.

Rebuild the Dream’s “move your money” pledge tracker counts 32,676 that pledged to close their Bank of America accounts on Saturday, 4,481 Citigroup accounts, and 17,554 Chase accounts–as well as 24,979 accounts at other big banks.

This entry was posted in 1 Percent, 99 Percent, Corporations, Corruption, Economy, New Ideas, OWS Movement, Republicans, Wall Street and tagged ABC News, AlterNet.org, Big Banks, MoveYourMoneyProject, National Bank Transfer Day, Victory. Bookmark the permalink.
Tip Jar: If you have a few bucks to chip in, it would be greatly appreciated. Thanks!