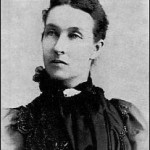 “Wall Street owns the country. It is no longer a government of the people, by the people, and for the people, but a government of Wall Street, by Wall Street, and for Wall Street. The great common people of this country are slaves, and monopoly is the master… Money rules … Our laws are the output of a system which clothes rascals in robes and honesty in rags. The [political] parties lie to us and the political speakers mislead us… We want the abolition of the National Banks, and we want the power to make loans direct from the government. We want the foreclosure system wiped out … and we will not pay our debts to the loan-shark companies until the government pays its debts to us.”
— Mary Elizabeth Lease, a populist orator, from her 1890 speech “Wall Street Owns the Country.”

“The ideal tyranny is that which is ignorantly self-administered by its victims. The most perfect slaves are, therefore, those which blissfully and unawaredly enslave themselves.”
— Dresden James

“The end of democracy, and the defeat of the American Revolution, will occur when government falls into the hands of the lending institutions and moneyed incorporations.”
— Thomas Jefferson

“For all practical purposes, every year about $700 billion in income is being sucked directly out of the hands of the poor and the middle class and shoveled into the hands of the rich. […] The American economy hasn’t been growing any faster over the past 30 years than it did in the 30 years before, it’s just distributed the gains of its growth disproportionately to the rich.”
— Kevin Drum, “The Price of Plutocracy,” Mother Jones, Oct. 27, 2011.

“Today, and not a moment too soon, the non-profit Citizens For Tax Justice (CTJ) has put out their findings revealing that twelve of the nation’s largest Fortune 500 companies, while making $170 billion in profits during the period of The Great Recession, paid an effective tax rate of negative 1.5%.
“Yes, you read that correctly.
“Not only have these twelve companies paid zero in taxes for the years 2008-2010, they actually received tax subsidies that added $62.4 billion to their bottom lines.”
— From Forbes, by way of AmericaBlog, June 2, 2011.

“Corporations, which should be the carefully restrained creatures of the law and the servants of the people, are fast becoming the people’s masters.”
— President Grover Cleveland (b. 1837-d. 1908).

“The hungry sheep look up, and are not fed,
But swol’n with wind and the rank mist they draw,
Rot inwardly, and foul contagion spread…”
— John Milton, “Lycidas.”

“It’s difficult to clear the swamp when you are up to your armpits in alligator.”
— Author Unknown