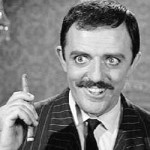 Since every Republican presidential candidate except Ron Paul has been drooling over the prospect of starting a stupendously dumb war with Iran, I had a feeling the ‘Iran’s developing nukes’ line was all panic-the-public flapdoodle for fun and profit. (These are the same imbeciles who wanted to invade Iraq based on lies back in the day.) Here, U.S. Secretary of Defense Leon Panetta confirms, seemingly inadvertently, that Iran is not trying to build a big scary A-Bomb.

Appearing on CBS’s Face the Nation on Sunday, Panetta admitted that despite all the rhetoric, Iran is not pursuing the ability to split atoms with weapons, saying it is instead pursuing “a nuclear capability.”

That “capability” falls in line with what Iran has said for years: that it is developing nuclear energy facilities, not nuclear weapons.

“I think the pressure of the sanctions, the diplomatic pressures from everywhere, Europe, the United States, elsewhere, it’s working to put pressure on them,” Panetta explained on Sunday. “To make them understand that they cannot continue to do what they’re doing. Are they trying to develop a nuclear weapon? No.” [Emphasis mine.]

To those who wonder why Iran, awash in oil, would develop nuclear energy, the answer is simple: the only commodity Iran has to sell to the world for hard cash, aside from Persian carpets, is oil. Iran desperately needs the money, so it makes sense to provide for its domestic power needs with something other than oil. (Of course, us eco-hippies think they should go to solar and wind power, but that’s another story.)

This entry was posted in 2012 Election, Conservatives, Corruption, Global Politics, Idiots, Republicans and tagged Iran, Leon Panetta, Nuclear Weapons, Raw Story, Ron Paul, Stephen G Webster. Bookmark the permalink.
Tip Jar: If you have a few bucks to chip in, it would be greatly appreciated. Thanks!