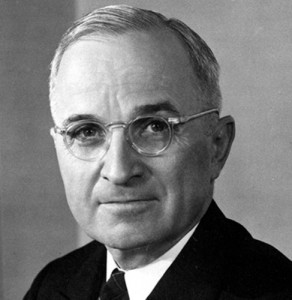 “I never did give them hell. I just told the truth, and they thought it was hell.”
― Harry S Truman on the Republican Party.

“It’s an old political trick: ‘If you can’t convince ’em, confuse ’em.’ But this time it won’t work.”
― Harry S. Truman, on the Republicans.

“How many times do you have to get hit over the head until you figure out who’s hitting you?”
― Harry S Truman

This entry was posted in 2012 Election, Democrats, Humor, Politics, Progressives, Republicans, Teabaggers and tagged Advice, Harry S Truman, Quotes, Republicans. Bookmark the permalink.
Tip Jar: If you have a few bucks to chip in, it would be greatly appreciated. Thanks!