Video: The Incredible, Unbelievable Liar That is Mitt Romney 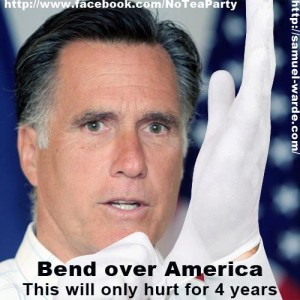 “Granted, presidential candidates are no strangers to disingenuous or overstated claims; it’s pretty much endemic to the business. But Romney is doing something very different and far more pernicious. Quite simply, the United States has never been witness to a presidential candidate, in modern American history, who lies as frequently, as flagrantly and as brazenly as Mitt Romney.
“Now, in general, those of us in the pundit class are really not supposed to accuse politicians of lying — they mislead, they embellish, they mischaracterize, etc. Indeed, there is [a] natural tendency for nominally objective reporters, in particular, to stay away from loaded terms such as lying. Which is precisely why Romney’s repeated lies are so effective. In fact, lying is really the only appropriate word to use here, because, well, Romney lies a lot.” […]
“…Romney persists in repeating the same lies over and over, even after they’ve been debunked.
“This is perhaps the most interesting and disturbing element of Romney’s tireless obfuscation: that even when corrected, it has little impact on the presumptive GOP nominee’s behavior. This is happening at a time when fact-checking operations in major media outlets have increased significantly, yet that appears to have no effect on the Romney campaign.”
— Michael Cohen, “Mendacious Mitt: Romney’s bid to become liar-in-chief,” The Guardian (UK), June 21, 2012.

Although this is an official Obama campaign video, Stephanie Cutter’s remarks are bolstered by the facts posted after the video.

Mitt Romney’s financial company, Bain Capital, invested in a series of firms that specialized in relocating jobs done by American workers to new facilities in low-wage countries like China and India.

During the nearly 15 years that Romney was actively involved in running Bain, a private equity firm that he founded, it owned companies that were pioneers in the practice of shipping work from the United States to overseas call centers and factories making computer components, according to filings with the Securities and Exchange Commission.