“The owners and managers of the press determine which person, which facts, which version of the facts, and which ideas shall reach the public.”
— Report by the Commission on Freedom of the Press. Quoted in “Democracy for the Few,” by Michael Parenti. 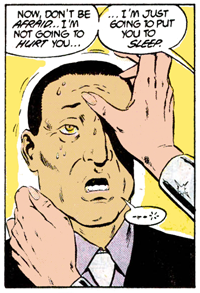 “This constant drizzle of ‘there the two parties go again!’ stories out of the news bureaus, combined with the hazy confusion of low-information voters, means that the long-term Republican strategy of undermining confidence in our democratic institutions has reaped electoral dividends. The United States has nearly the lowest voter participation among Western democracies; this, again, is a consequence of the decline of trust in government institutions — if government is a racket and both parties are the same, why vote? And if the uninvolved middle declines to vote, it increases the electoral clout of a minority that is constantly being whipped into a lather by three hours daily of Rush Limbaugh or Fox News. There were only 44 million Republican voters in the 2010 mid-term elections, but they effectively canceled the political results of the election of President Obama by 69 million voters.”
— Mike Lofgren, “Confessions of a GOP Operative Who Left ‘the Cult’…” AlterNet.org, Sept. 5, 2011.

“The main threat to Democracy comes not from the extreme left but from the extreme right, which is able to buy huge sections of the press and radio, and wages a constant campaign to smear and discredit every progressive and humanitarian measure.”
— George Seldes, more than 60 years ago.

“…[T]he rank and file are usually much more primitive than we imagine. Propaganda must therefore always be essentially simple and repetitious. The most brilliant propagandist technique will yield no success unless one fundamental principle is borne in mind constantly…it must confine itself to a few points and repeat them over and over.”
— Joseph Goebbels, Nazi Propaganda Minister.

“The size of the lie is a definite factor in causing it to be believed, for the vast masses of the nation are in the depths of their hearts more easily deceived than they are consciously and intentionally bad. The primitive simplicity of their minds renders them a more easy prey to a big lie than a small one, for they themselves often tell little lies but would be ashamed to tell a big one.”
“Through clever and constant application of propaganda, people can be made to see paradise as hell, and also the other way around, to consider the most wretched sort of life as paradise.”
— Benito Mussolini, from the London Sunday Express, December 8, 1935.

“The power of holding two contradictory beliefs in one’s mind simultaneously, and accepting both of them . … To tell deliberate lies while genuinely believing in them, to forget any fact that has become inconvenient, and then, when it becomes necessary again, to draw it back from oblivion for just so long as it is needed, to deny the existence of objective reality and all the while to take account of the reality which one denies — all this is indispensably necessary. Even in using the word doublethink it is necessary to exercise doublethink. For by using the word one admits that one is tampering with reality; by a fresh act of doublethink one erases this knowledge; and so on indefinitely, with the lie always one leap ahead of the truth.”
“His mind slid away into the labyrinthine world of doublethink. To know and not to know, to be conscious of complete truthfulness while telling carefully-constructed lies, to hold simultaneously two opinions which cancelled out, knowing them to be contradictory and believing in both of them; to use logic against logic, to repudiate morality while laying claim to it, to believe that democracy was impossible and that the Party was the guardian of democracy; to forget whatever it was necessary to forget, then to draw it back at the moment when it was needed, and then promptly to forget it again: and above all, to apply the same process to the process itself. That was the ultimate subtlety: consciously to induce unconsciousness, and then, once again, to become unconscious of the act of hypnosis you had just performed. Even to understand the word ‘doublethink’ involved using doublethink.”
— George Orwell, “1984” (1949). [Download the book free here.]