The Jack and the Beanstalk Memo

The possibly apocryphal story is that an unknown number of years ago, a major Hollywood studio wanted to remake the children’s fable “Jack and the Beanstalk” for a modern audience.  A script that stuck closely to the original tale was submitted and, weeks later, the director/scriptwriter received the memo reproduced below from a top executive at the studio.  After reading the memo, the disgusted director abandoned the project completely. 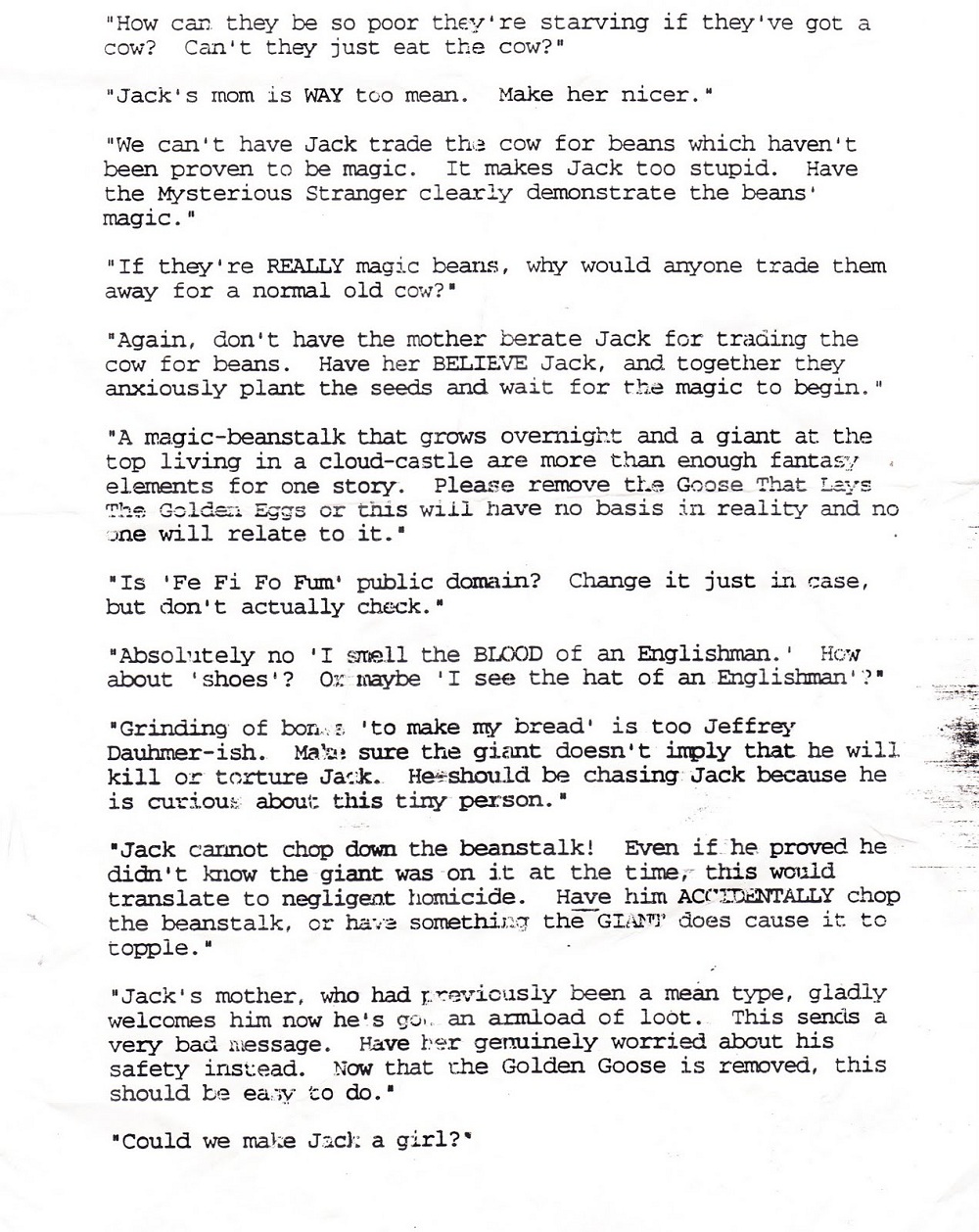 This entry was posted in Bizarre But Real, Humor, Idiots, WTF? and tagged Hollywood Studio, Jack and the Beanstalk. Bookmark the permalink.
Tip Jar: If you have a few bucks to chip in, it would be greatly appreciated. Thanks!