Some Dare Call It Treason 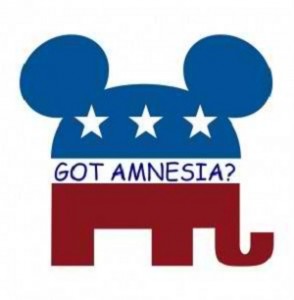 I agree with Bill Maher: when the whole focus of your political party is just to win the next election, regardless of the harm to desperate Americans and our economy in the meantime, it’s time to call it what it is — treason.

Obviously, last month’s jobs report sucked. Only 69,000 new jobs were created – about half what economists expected – and the worst number in a year. The economy has to create about 120,000 jobs every month just to keep up with the increase in population.

That’s just the hard data. But here’s how I know the news was really bad: Republicans on TV could barely contain their smiles. To them, an economy back in the shitter means only one thing: “Woo hoo! President Romney!”

Since day one, Republicans have cock-blocked any effort to create jobs. They tried to filibuster the stimulus – one thing that did create a ton of jobs – even though roughly one third of it was tax cuts. They filibustered last summer’s American Jobs Act. They took the government hostage over the debt ceiling, which led to our credit rating being lowered and destroyed any potential for recovery last summer.

This is worse than rooting for failure – it’s ensuring failure. People don’t like it when I bring up the “t word” – treason – but I haven’t heard any convincing arguments suggesting Republicans have done anything but try to thwart efforts to create jobs since Obama became president.

This entry was posted in 2012 Election, Christopublicans, Conservatives, Corporations, Corruption, Democrats, Economy, Idiots, Obama, Republicans, Romney, Teabaggers, Wingnuts and tagged American Jobs Act, Bill Maher, Filibuster, Jobs, Treason. Bookmark the permalink.
Tip Jar: If you have a few bucks to chip in, it would be greatly appreciated. Thanks!