If you’ve watched the GOP presidential candidates in action for any length of time, or peeked in at the recent CPAC circus, you’ve heard the conservatives blaming the nation’s ills on various imaginary horrors such as Saul Alinsky, an early civil rights advocate; a European Socialist president who isn’t; and a ‘Chicago political machine’ that our president, from progressive Hyde Park in that city, was never a part of. You’ve also had to tolerate millionaires like Mitt Romney and Newt Blingrich, without irony, attacking ‘elitists’ and endlessly flogging tax cuts for themselves as the path to a brighter future for the middle-class and poor, even though that batty ‘raise all boats’ theory has been repeatedly discredited for the last 30 years. Along the way, they’ve gone after Harvard professors and other hallucinated GOP social pariahs as if anyone with half a brain would consult an obnoxious CPAC glimstick with a Santorum bumper sticker and a Grover Norquist tax pledge rather than an expert in government to create a fairer tax system; or trust the vacuous right-wing twaddle of a Les Kinsolving over the conscientious and detailed financial knowledge of Matt Taibbi; or believe the dizzy inaccurate babblings of Fox News’ Bill O’Reilly over the more circumspect and educated opinions of Current’s Keith Olbermann. Moreover, you’ve heard the right-wing pols slap around five major cities in the US as dark hellholes of evil elitist liberalism — New York City, Los Angeles, San Francisco, Chicago and, of course, Washington, DC — while romanticizing about the ‘real America’ represented by the white Texas cowboy. Here’s a hint: the combined populations of those aforementioned pits of evil liberal elitism come to 16,070,310 Americans (according to 2010 figures); the number of white Texans amounts to 11,468,216 (2011 figures), and not all of them are cowboys or even conservative Republicans. Okay, so who represents the ‘real America’ now?

H/T to Mediaite and AlterNet. 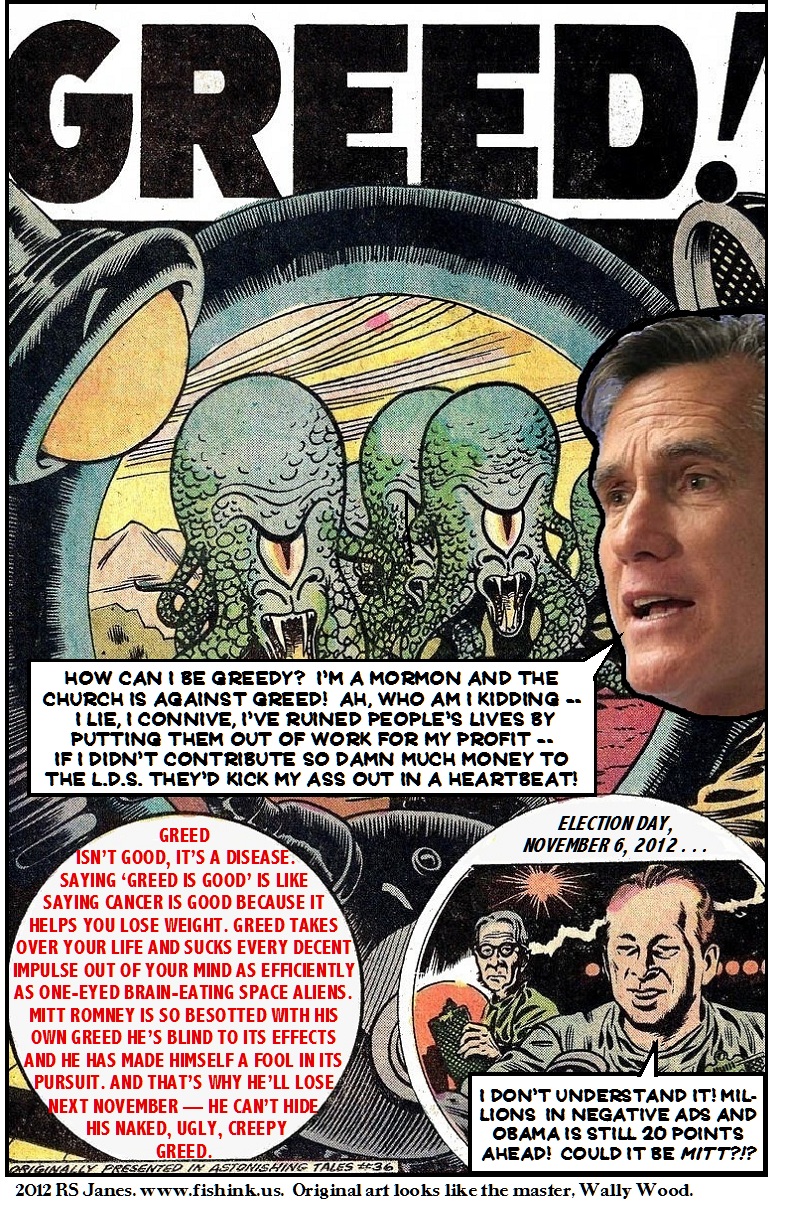 Related: “Runaway Greed Is Destroying America: Should There Be a Lid on How Much Someone Can Make?”by Sam Pizzigati 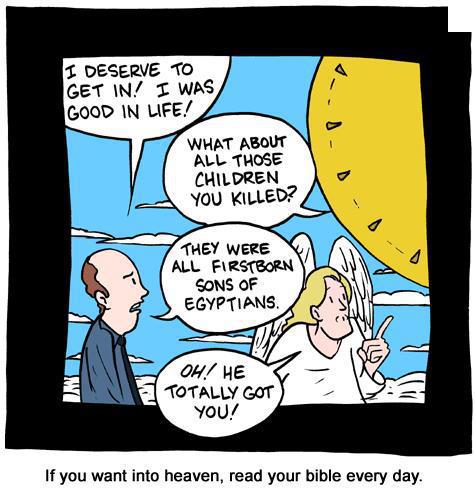 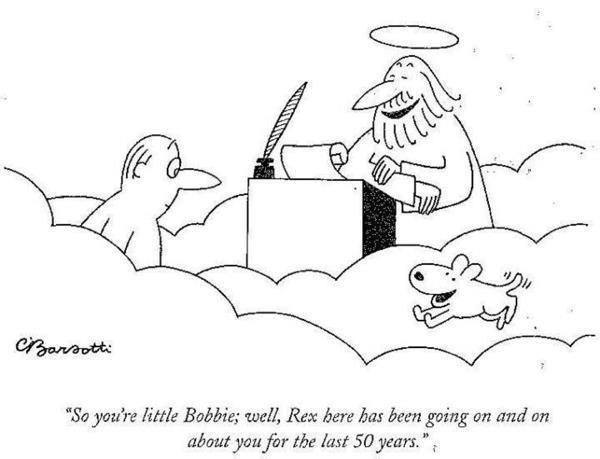 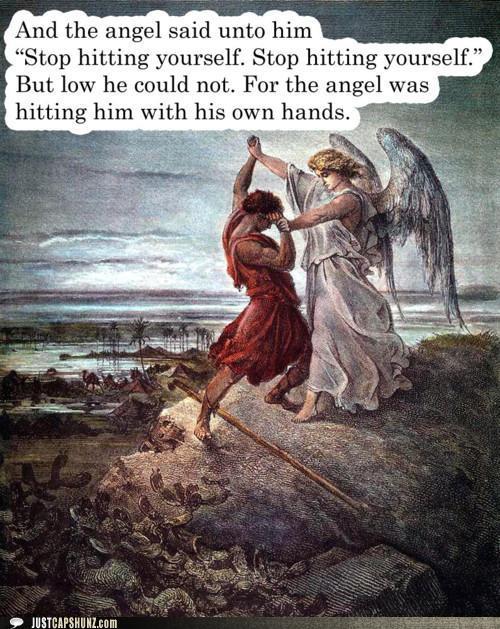 Scenes from a Republican America: Voting, Before and After 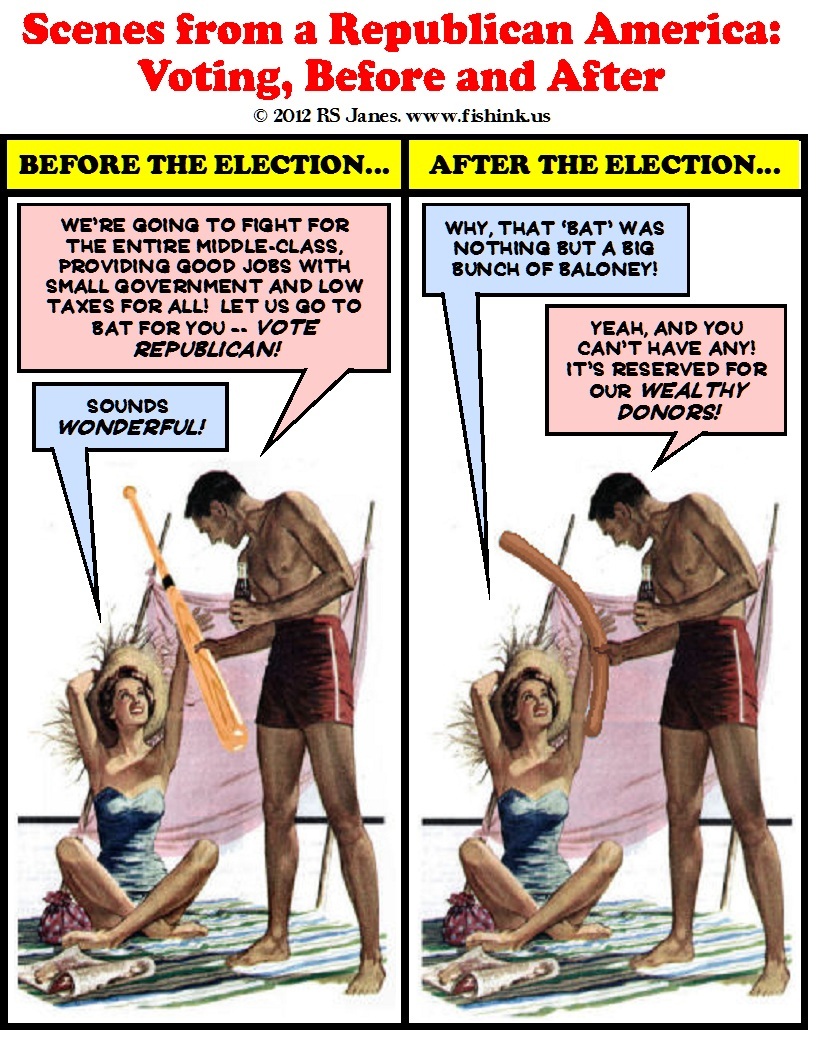 Crazy Republicans Are Now Against Birth Control, Too 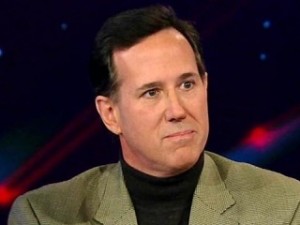 Sure, the GOP has been cynically turning out the Christopublican vote and raising money on ending abortion for three decades, but now they’ve upped the ‘women are chattel’ ante: current psychotic GOP frontrunner Rick “We Can’t Have a Secular Nation” Santorum has come out and said birth control is ‘wrong’ (does that include condoms?) and he is going to make it part of his hallucinatory presidency to insure all women of whatever or no religion abide by St. Santorum’s uber-Catholic dogma. The other GOP candidates will fall into line on this addled theme because they need to appeal to the same nutcase base that Santorum has stirred, just as they all signed on to the Personhood nonsense even after it lost in deep red Mississippi. Actually, I think it’s great that the GOP has decided to continue taking unpopular positions on every major issue — whoever the Republican presidential candidate is will have to defend this lunacy in the general election, thereby losing most voters; or abandon it, thereby losing the GOP base. Either way, it’s a landslide for Obama and the Dems, especially when you consider a recent right-wing poll that shows 20 percent of Republicans say they’ll vote for Obama. At least he’s sane, which is more than you can say for the foam-around-the-mouth Republicans. 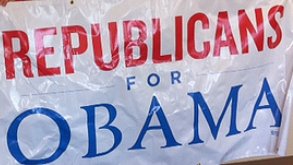 A major freak out is occurring on the right as a new poll released by a Republican polling company has found that 20% of Republicans are more likely to vote for Obama.

The poll done by Republican polling firm Wenzel Strategies for World Net Daily found something similar to my own recent analysis of state polling data that the 2012 election is beginning to look like a replay of 2008. The Wenzel/WND poll turned up the surprising statistic that no matter who the Republican nominee is, one fifth of the Republican voters surveyed are leaning towards voting for President Obama.

The only Republican candidate who doesn’t lose at least 20% of GOP voters to Obama is Ron Paul, and he loses 19%. The poll found that 54% of those surveyed believed that Obama had exceeded or lived up to their expectations, and 47% said that he had not. Sixty percent of Independents thought Obama has met or exceeded their expectations as did 52% of moderates. In the head to head match ups with all voters polled Obama leads Romney, 48%-41%, Gingrich, 50%-36%, and Santorum, 49%-34%. Ron Paul fares best against Obama and he trails the president, 44%-40%.

Needless to say the right wing is freaking out over this poll. They realize that if 20% of Republicans defect from their party to support Obama, they will not win in 2012. Some on the right are claiming that the improving economy is helping Obama. Others are blaming the ugliness of the Republican primary for making all of the GOP alternatives unelectable. Most of their blame is being directed at Mitt Romney, as they use this poll to call for more conservative non-Romney candidate.

Attention Ladies: Republicans Are Coming For Your Birth Control

Seriously, They Are Opposed to Affordable Access to Birth Control

Earlier today, President Obama announced some changes to his proposal to require no-cost contraception that accommodated objections by religious groups. Here’s what the policy, which is being finalized today, means:

END_OF_DOCUMENT_TOKEN_TO_BE_REPLACED

Not necessarily political, but severely funny… 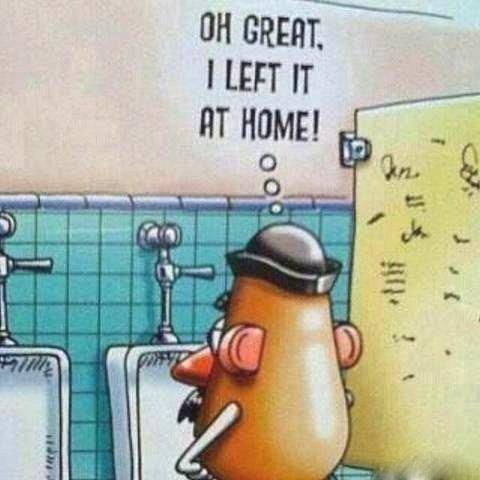 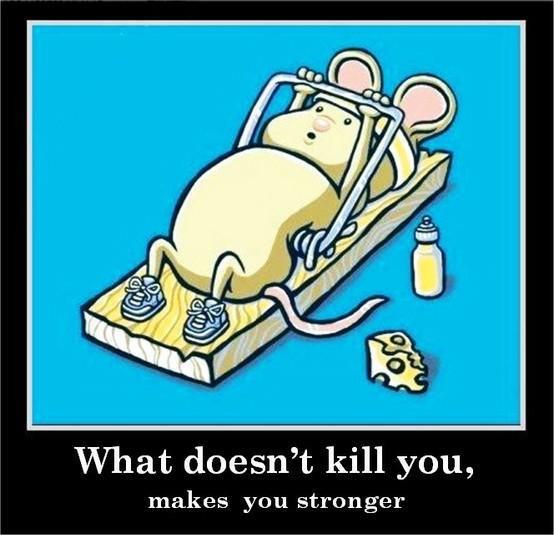 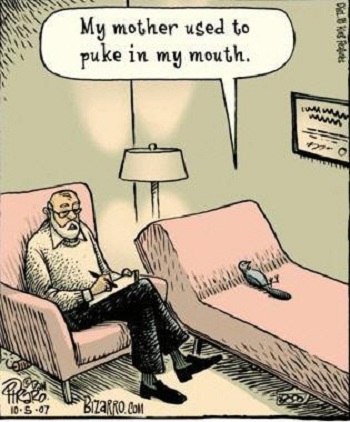 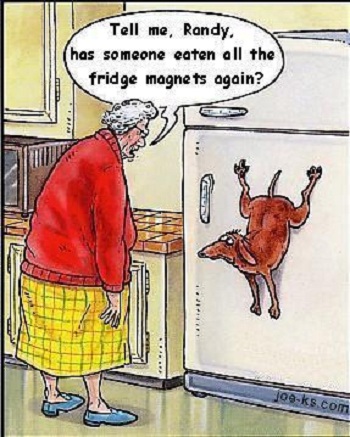 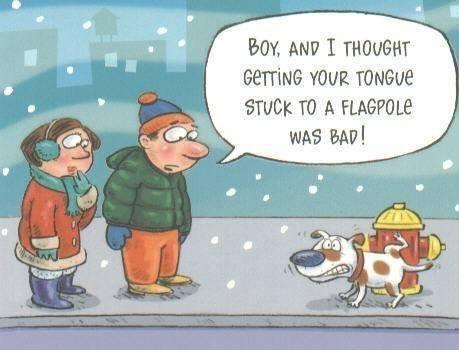 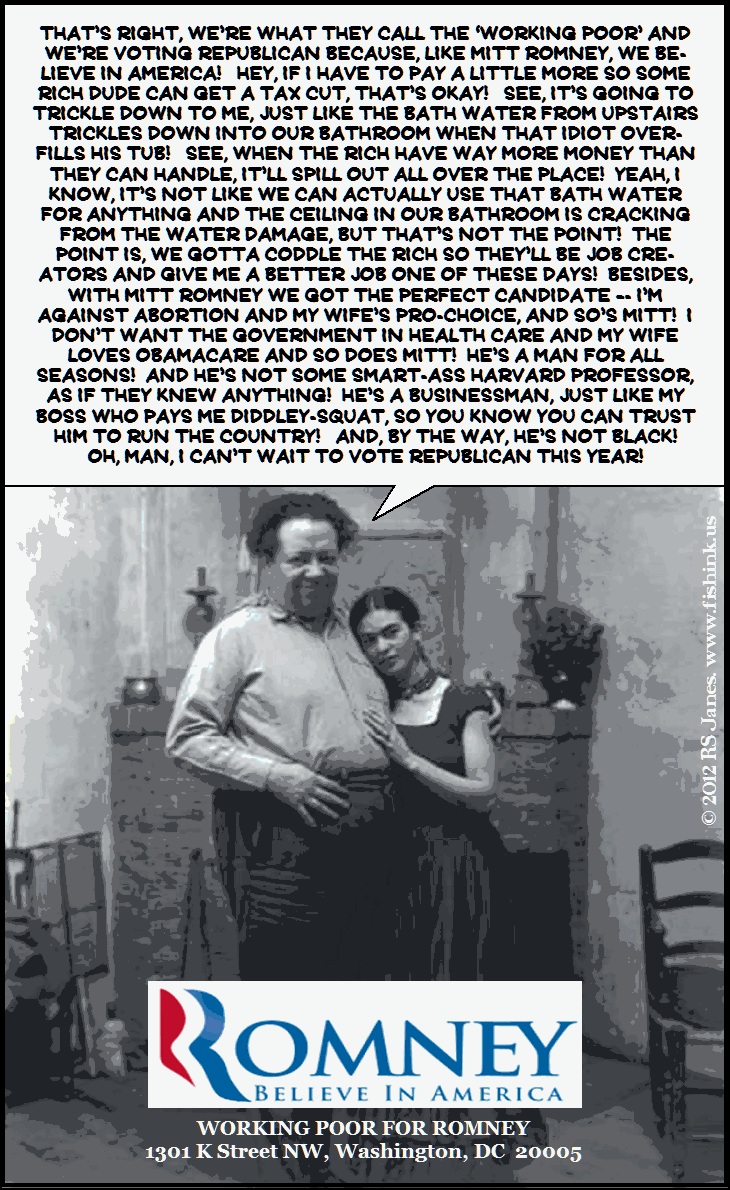 Great stuff from feralboy12 at the KilledByFish blogspot (no connection to this website), with “You Are Required To Fill Out All Fields Marked *Required” (and don’t forget to click ‘continue reading’ for the rest): 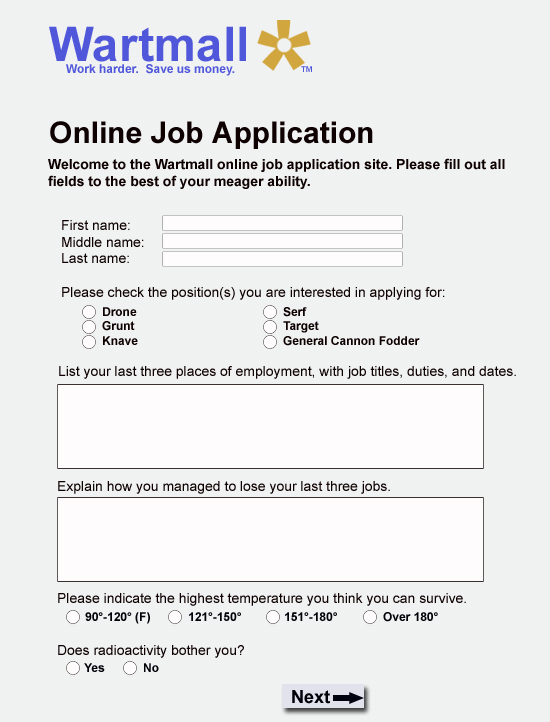 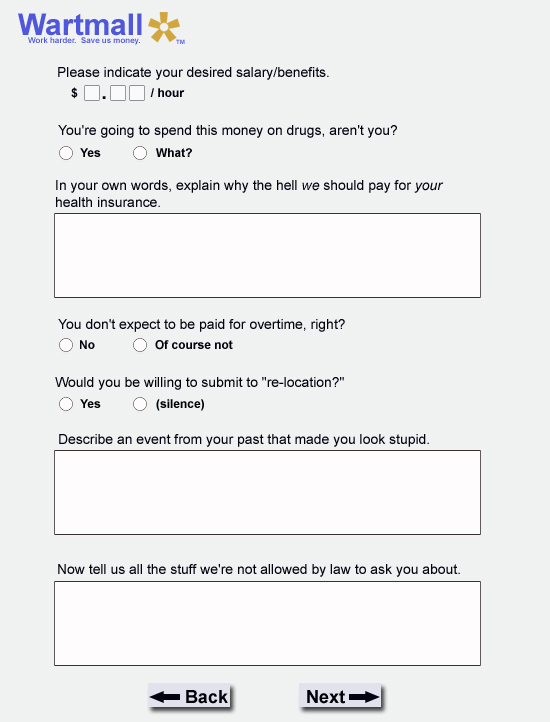 END_OF_DOCUMENT_TOKEN_TO_BE_REPLACED

Actually, I’ve never heard of Craig Ventresco and Meredith Axelrod before; just happened to run across them at the Fraulini Guitars site, but they cook up some nice rags-and-blues guitar pickin’ here. Enjoy!

Today’s Quote: The Father of Modern Conservatism on Christopublicans

Posted in 2012 Election, Christopublicans, Conservatives, Politics, Quotes, Religion, Republicans, Teabaggers, Wingnuts | Tagged Barry Goldwater, Morality | Leave a comment
Tip Jar: If you have a few bucks to chip in, it would be greatly appreciated. Thanks!