Seven Reasons Why Chris Christie Won’t Be the GOP Nominee 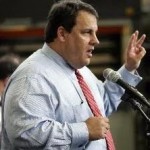 1. He’s a Media Darling. Aside from the fact that Christie keeps saying ‘NO’ to a presidential run and the Beltway Punditocracy keeps looking at it upside-down and seeing ‘ON,’ the chattering classes apparently have missed one salient fact: they are not popular with the GOP base who regard them, at best, as the ‘liberal media’ and at worst as keepers of the black antichrist Obama’s socialist flame. Quick, think of a presidential candidate in the 2008 election who was beloved by the media. That’s right, it was former New York Mayor Rudy Giuliani, grandiloquently dubbed ‘America’s Mayor’ by the fawning habitués and sons of habitués that inhabit the glass-walled towers of Big Media Manhattan and the press cubicles of the crepuscular nation’s capital. The MSM loved themselves some heroic Rudy, almost as much as he loved himself, and were sure Republican primary voters could be persuaded to adore him as well. The stars in their eyes didn’t allow for Rudy reality to penetrate — he was a lisping, sweaty, East Coast quasi-liberal (he had supported abortion rights and funding for the arts, at one time), who gave tedious speeches and wasn’t popular on his home turf when he tossed his cookies in the ring. The fabled Giuliani ended up getting a single primary vote in Florida and is best remembered for Biden’s trenchant swipe, “A noun, a verb and 9/11” to sum up Rudy’s desperate attempt to outline a reason he should be president. Perhaps Christie’s smart enough to know that the Tony Soprano tough guy image being promulgated by the media is a fabrication neither he nor his record can live down to, and, like Rudy, he’s unpopular in his own backyard. Also like Giuliani, there are bumps and potholes in his past that will be highlighted in relief by a presidential bid; Rudy had Bernie Kerik and other curious financial entanglements; Christie has his record as a US Attorney and his pattern of caving in to corporate interests.

2. The Republican Elite Love Him. The Teabaggers and Christopublicans who make up what remains of the GOP out in Fly-Over Country aren’t enamored of the candidates endorsed by the various shills, operatives and Wall Street moneybags that occupy the skyboxes of the Republican Party. These are simple clodhoppers who melt at the sight of a crucifix held aloft by a guy in cowboy boots waving a pistol, not some slickster in a designer suit and Italian loafers waving down a cab. Multi-millionaire Mitt Romney, it should be pointed out, was ‘The Man’ to the GOP Elite until recently, but now his trail of pinball-machine flip-flopping on every issue and oleaginous persona, not to mention revealing to the rubes that he thinks ‘corporations are people too’ (Mitt, you’re supposed to hide that from the Proles), have left the USS Romney taking on water in open sea, vulnerable to the waterline torpedoes of every GOP flavor of the month and a clear sign the base distrusts the Chosen One as picked by the likes of a David Brooks or Bill Kristol. Romney may eventually stumble across the GOP primary finish line the winner, but he’ll be horribly damaged goods, ripe for the final landslide humiliation from Team Obama. Christie might also be politically savvy enough to envision this bleak future for himself, if he ran.

3. Christie Has Denounced the GOP Base: Perhaps the Pundits are too deeply entrenched in the redwoods of the inbred Washington conventional wisdom they help create to notice the forest of jabbering incoherent discontent beyond, but GOP primary voters this year are all as crazy as blind bus drivers and East Coaster Christie’s comment disparaging them will not endear him to the rural areas of the South, West and Midwest where these slack-jawed yokels and bitter bigots mostly reside. Christie said unequivocally, “I’m tired of dealing with the crazies.” So, why would Christie put himself through a process where he’ll have to deal with nothing but crazies for the next fourteen months? Moreover, once this remark makes the rounds, as his political opponents will ensure it does, the New Jersey Governor will sink to Michele Bachmann numbers in the polls.

4. ‘Liberal’ Viewpoints. If he becomes a candidate for president, Christie may very well change his positions ala Romney but, in the past, he’s taken decidedly unRepublican stances on issues important to the GOP base such as guns, immigration and hatred of Muslims. Here’s an exchange on gun control between Christie and Sean Hannity on Fox News:

HANNITY: “Should every — should every citizen in the state be allowed to get a licensed weapon if they want one?”

CHRISTIE: “In New Jersey, that’s not going to happen, Sean.”

Imagine that repartee repeatedly appearing in negative ads in GOP primary states, likely sponsored by the NRA. Christie has also shown insufficient passion in detesting illegal immigrants and catering to Islamophobia. Ideological apostasy on any one of these issues would lose the GOP base in 2012; Christie’s managed to hit a triple play.

5. He Believes in Climate Change and Agrees with Scientists That It’s Mainly Caused By Human Activity. Need I say more? To the Dark Agers who vote in GOP primaries, and the wealthy Republicans who keep them in the dark, Christie might as well be saying that if Jesus returned he’d be a Jewish liberal and denounce Israel for the way it treats Palestinians.

6. The Jersey Smart-Ass Act Only Works to a Point. Sure, the GOP base gets a giggle from tough guy Christie telling some poor voter it’s none of their business where his kids go to school, or shutting down questions by swatting some good-government type with an offhand insult, but then, these are Charles Addams caricatures who are so through-the-looking-glass mean-right that they cheer executions and young men dying from lack of medical insurance and boo Iraq War veterans. To the electorate at large, that act doesn’t have legs. Whatever Americans think of President Obama’s skill as president, most of them believe he cares about them and he tries to answer difficult questions fully; contrast that with Christie’s annoyed reactions and flippant or angry answers to any challenging query. After a while, voters in the rest of the country would join New Jersey residents in wondering why they should elect someone who obviously cares so little for most of his constituents, preferring to reward the rich and prosperous corporations at their expense. 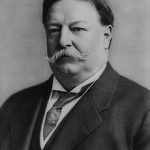 7. His Health. I have nothing against chubby people; I myself am the caretaker of a prominent beer gut, and not enough of a hypocrite to criticize anyone else in similar shape. However, Chris Christie is bordering on the morbidly obese — he must have, at least, a 60-inch waistline — and he’s experiencing physical problems such as a recent asthma attack that landed him in the hospital. A presidential campaign is a grueling death march that requires the candidate be in good enough physical condition to withstand the congealed chicken dinners, cold coffee, rampant hand-pumping and lack of sleep required to hoodwink the public into voting for you. Despite his tough-talk front, I don’t think Christie has the stamina for such a run. Aside from that, we are a nation that loathes fat people, except for fictional gift-givers like Santa Claus. Not since one-term Republican William Howard Taft a century ago have we had a president who weighed in at over 250 lbs. Those who vote for a candidate based on their looks, and we have far too many of them, would not be marking the ballot for the bulbous Christie. It’s not fair, of course, but it’s our present reality.

There are those, like Jimmy Zuma at Technorati.com, who speculate Christie may be angling for a VP slot, but that doesn’t strike me as credible; I’d bet instead he’ll be defeated in his reelection bid for NJ governor and won’t mind a bit retiring to the comfortable life of a well-paid Wall Street lawyer or corporate board member or even Fox News host. Not everyone in politics actually enjoys the game once elected, and I think Christie’s one of them.