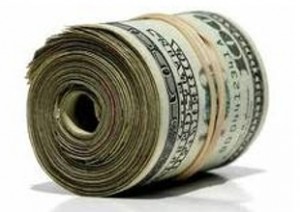 “The international community . . . allows nearly 3 billion people—almost half of all humanity—to subsist on $2 or less a day in a world of unprecedented wealth.”
— Kofi Annan, former UN Sec’y-General, from an interview with Awake! Magazine, May 22, 2002

“If the majority of people of a country, no matter how great its natural resources, organize and conspire to get more out and put less in, to do less and get more … how long can it last?”
— William J.H. Boetcker

“Nothing incites to money-crimes like great poverty or great wealth.”
— Mark Twain

“At the end, the acquisition of wealth is ignoble in the extreme.”
— Andrew Carnegie

“In truth, poverty is an anomaly to rich people. It is very difficult to make out why people who want dinner do not ring the bell.”
— Walter Bagehot in 1858.

“Few rich men own their property. The property owns them.”
— Robert Ingersoll, 1896.

“No rich man is a patriot, no rich man is a friend. They have all only got one fatherland—the Ritz-Carlton; and one friend—the mistress they’re promising to divorce their wives for.”
— Christina Stead, “House of All Nations,” Simon & Schuster (1938).

“There is enough for all. The earth is a generous mother; she will provide in plentiful abundance food for all her children if they will but cultivate her soil in justice and in peace.”
— Bourke Cockran

“If rich men would remember that shrouds have no pockets, they would, while living, share their wealth with their children, and give for the good of others, and so know the highest pleasure wealth can give.”
— Troy Edwards

“Greed for wealth is an eternally empty stomach that can never be filled by any feast.”
— Thomas Scazin

“Saving is a very fine thing, especially when your parents have done it for you”
— Winston Churchill

“It is passing strange but true that if most wealthy Wall Street denizens were suddenly broke and reduced to begging in the streets, they’d try to find someone else to do the actual panhandling while they sat back and collected 10 or 15 percent of the proceeds for coming up with the idea.”
— Richard Sherricky

“If rich people could hire other people to die for them, the poor could make a wonderful living.”
– Yiddish Proverb

“Wealth doesn’t confer automatic happiness, whereas people who are not wealthy but very much want to be, believe it will confer almost automatic and unrelieved happiness. This is not true. Part of the reason is that to get the wealth you have to behave in a way that will definitely not make you happy. It’s a beautiful circularity.”
— Felix Dennis

“Though they suffer no restriction of choice, in reality even multi-millionaires soon reach the outer limits of purely personal gratification—which should be some satisfaction to the rest of us.”
— Alan Whicker

“Lay not up for yourselves treasures upon earth, where moth and rust doth corrupt, and where thieves break through and steal:
“But lay up for yourselves treasures in heaven, where neither moth nor rust doth corrupt, and where thieves do not break through nor steal.
“For where your treasure is, there will your heart be also.”
— Jesus, New Testament, Matthew 6:19–21

“Give no bounties: make equal laws: secure life and prosperity and you need not give alms.”
— Ralph Waldo Emerson, “Wealth.”

“Wealth is its own curse; from the moment of attainment to the last gasp of life, it is a chain on the leg that few are strong enough to break.”
— Margaret Haverwood

“Worldly wealth is the devil’s bait; and those whose minds feed upon riches recede, in general, from real happiness, in proportion as their stores increase.”
— Robert Burton

“We may have democracy, or we may have wealth concentrated in the hands of a few, but we can’t have both.”
— Louis Brandeis, U.S. Supreme Court Justice

This entry was posted in 1 Percent, 99 Percent, Conservatives, Economy, Quotes, Republicans, Wall Street and tagged Democracy, Greed, Money, Wealth. Bookmark the permalink.
Tip Jar: If you have a few bucks to chip in, it would be greatly appreciated. Thanks!